Ty Stubblefield, Backcountry Hunters and Anglers’ chapter coordinator and head of new chapter development, found his way to hunting and angling despite growing up without a mentor.

Ty describes what drew him to the sport as innate and genetic. Even as a kid in Los Angeles he was killing pigeons and reading Alaska magazine because all he wanted to do was run around in the woods.

Ty jumped on the opportunity to hunt as a young kid when his family moved back to Oregon. At the age of 11 he put a gun on layaway and mowed lawns all summer until he could buy it. A year later, he took hunter’s education and began to hunt in earnest on the private timberlands that members of the public could access. 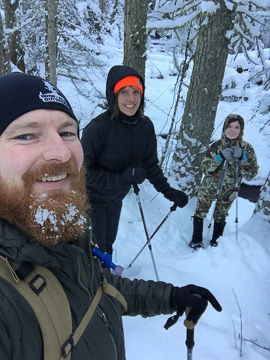 Similarly, Ty found his way into the conservation world young, while he was in his early twenties. He switched from a rifle to a bow and shot and lost a bull elk, a memory that still haunts him today. He says he wished he had been forced to take a bowhunter education class like hunter’s ed. This spurred him to push for mandatory bow education under Oregon law.

After volunteering as the chapter coordinator at Oregon Bowhunters Association, Ty started working full time for Oregon Hunters Association in 2008 after the economy crashed and logging all but stopped. He worked there until 2015 when he moved to Missoula and joined BHA’s team. He’s seen threats to access ramp up as the private timberlands he romped through as a kid now are gated and charge access fees.

Ty has two daughters and two grandsons, but he has never taken a stereotypical family vacation. Any free time is filled with hunting or angling. It is a part of everything he does. “It is where everything comes back to reality,” he said. It’s a reset button for modern life.

He likes bow hunting in the backcountry because it puts the challenge back into hunting, and Ty has always liked doing things the hard way. He hunts to get food that is not farmed and stay connected to his environment.

Working for BHA is Ty’s way of escaping a mundane job and protect the sports that are intrinsic to him. “To be able to work to protect that is amazing,” he said. BHA is a huge family to Ty. He says everyone works to protect our lands despite the different political spectrums they land on.

When Ty is not forgetting his sleeping bag on bike packing trips, he is encouraging and coordinating the BHA chapter involvement and reminding us to get off social media because “if we spent as much time trying to make a difference as we did on social media, we would crush conservation.” 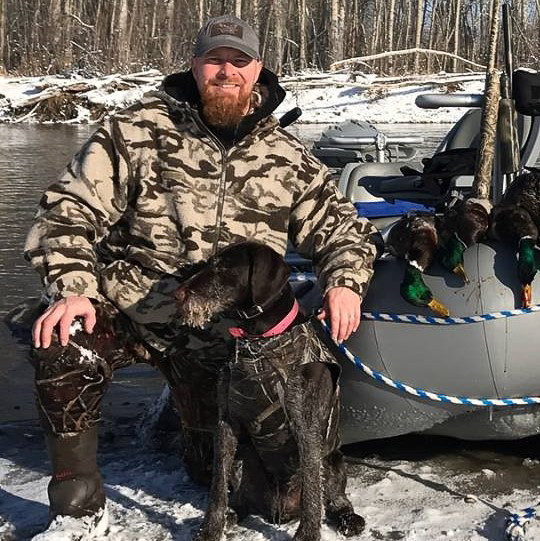 Stay tuned for the next staff bio to learn who is working for you behind the scenes!