The last time BHA’s office operations manager moved, her friends groaned under extra heavy boxes. If she had let them look inside, they would have found her rock collections.

Caitlin Frisbie collects rocks on every adventure. It’s that fascination with her surroundings that she picked up from her mother who is a conservation biologist and her father, who by the time she was four, put a fly rod in her hands. 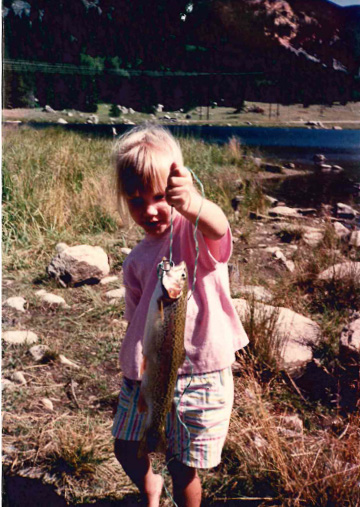 “I find it really hard to sit still,” Caitlin said. As a creative kid, the outdoors gave her a way to be physical and satisfy that curiosity, and this remains true now that she’s an adult.

She grew up taking access to wild spaces for granted. She realized this access was unique when she began volunteering with outdoor organizations in Missoula.

Caitlin was searching for a place to work with a community of like minded people who valued the outdoors when she found BHA. She fulfilled that deeper purpose when she began working for BHA in 2017, after a few years spent volunteering for the Clark Fork Coalition. She is the operations associate and special assistant to the president at BHA. 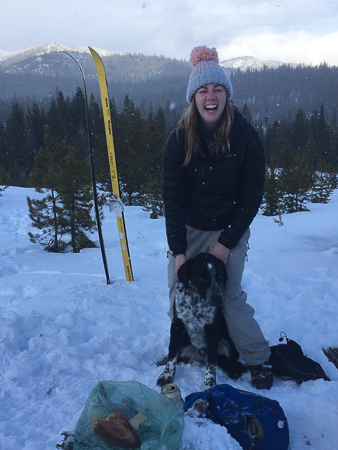 Getting into fishing and hunting can be intimidating, but the BHA community makes them seem accessible, Caitlin says. She sees the excitement the community has for teaching others about the outdoors and spreading appreciation for public lands.

During the week, Caitlin hikes and gets dragged out the door by her dog, Mikey, as much as possible. She leaves the city with friends to forge deeper connections that can’t be found in the gridlock of town. “When I go out with friends, there is always some sort of misadventure that’s hilarious when it’s over,” she said as she launched into a river story when she somehow got a boat stuck by running it straight into the only rock she needed to avoid in two miles of flat water. 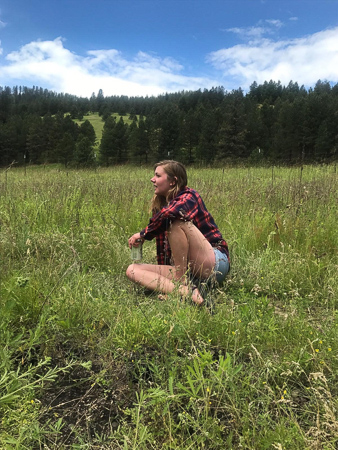 But in all seriousness, Caitlin doesn’t think of her job as work. To her, there is something special about having a grand time outside on the weekends then waking up early on Monday to go to work protecting the wild spaces she was in only hours earlier.

“Everyone deserves to get out and get into solitude, and be able to explore, and see the seasons change, and smell, and see something you can’t on your phone, and have the experiences that you can’t get sitting at a computer or a desk,” she said.

Caitlin thinks that BHA would be nothing without its chapters. Their energy inspires her to work hard every week because she doesn’t want to let them down. She is excited about the swelling commitment and energy BHA is showing at this point of the year. It is already busier than last summer, she said.

Between fly fishing, crystal digging and getting boats stuck on rocks, members can find Caitlin keeping everyone on task and organized at BHA’s North American headquarters.