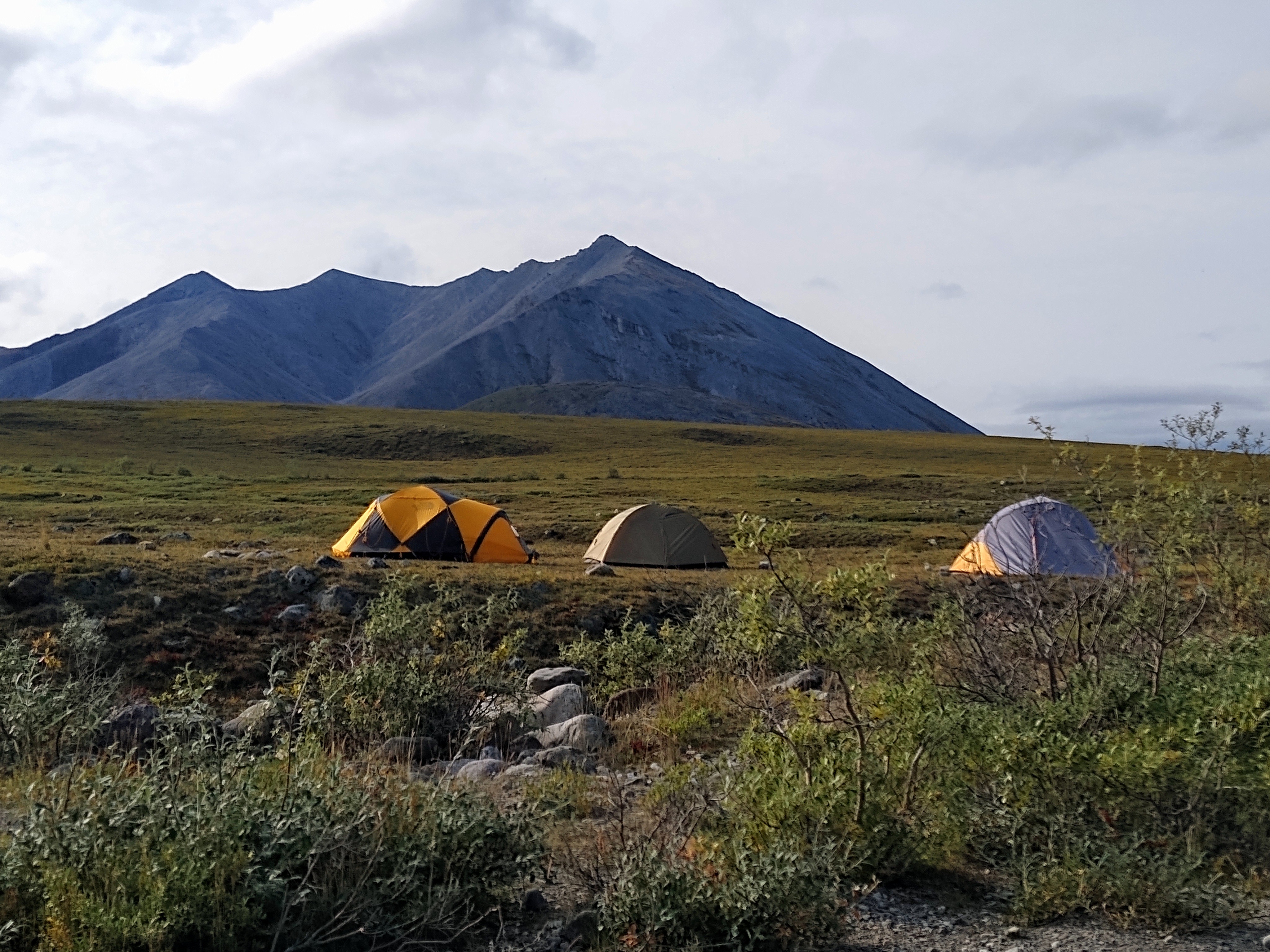 Ralph Waldo Emerson is often credited for saying “life is a journey, not a destination.” I cannot help but feel connected to that saying at this moment. However, this story isn’t necessarily about life itself, but more so the somewhat arduous process of planning, and then embarking on, an out-of-state backcountry hunting trip. Much like life, it’s a journey. But unlike life, this journey did have a destination. And that destination sat above 66O 30’ N. latitude (the arctic circle) on the north slope of the Brooks Range. It didn’t figure to be easy, but then again, few things worth doing ever are.

This journey started December of 2020. Yeah, that 2020. Remember how much fun it was staying home from everything? Maybe in this case it was just a blessing in disguise. Staying home gives you time to think about wild things and wild places. Maybe 2020 jolted this journey into action. I’ll choose to believe so, otherwise … uff da … what a year! Time at home lets you plan things, and planning led to three guys buying licenses, tags, and airline tickets scheduled for early August of 2021.

Fast forward and we’re sitting in Pittsburgh International Airport awaiting departure to Fairbanks, with a layover in Dallas. I don’t mind flying, but all those hours cooped up inside a tin can at 30,000 feet makes me restless. Lack of legroom and breathing recycled air, the monotony broken only by the occasional visit from the flight attendant.  Ugh … at least we were headed to Alaska for a date with barren-ground caribou. 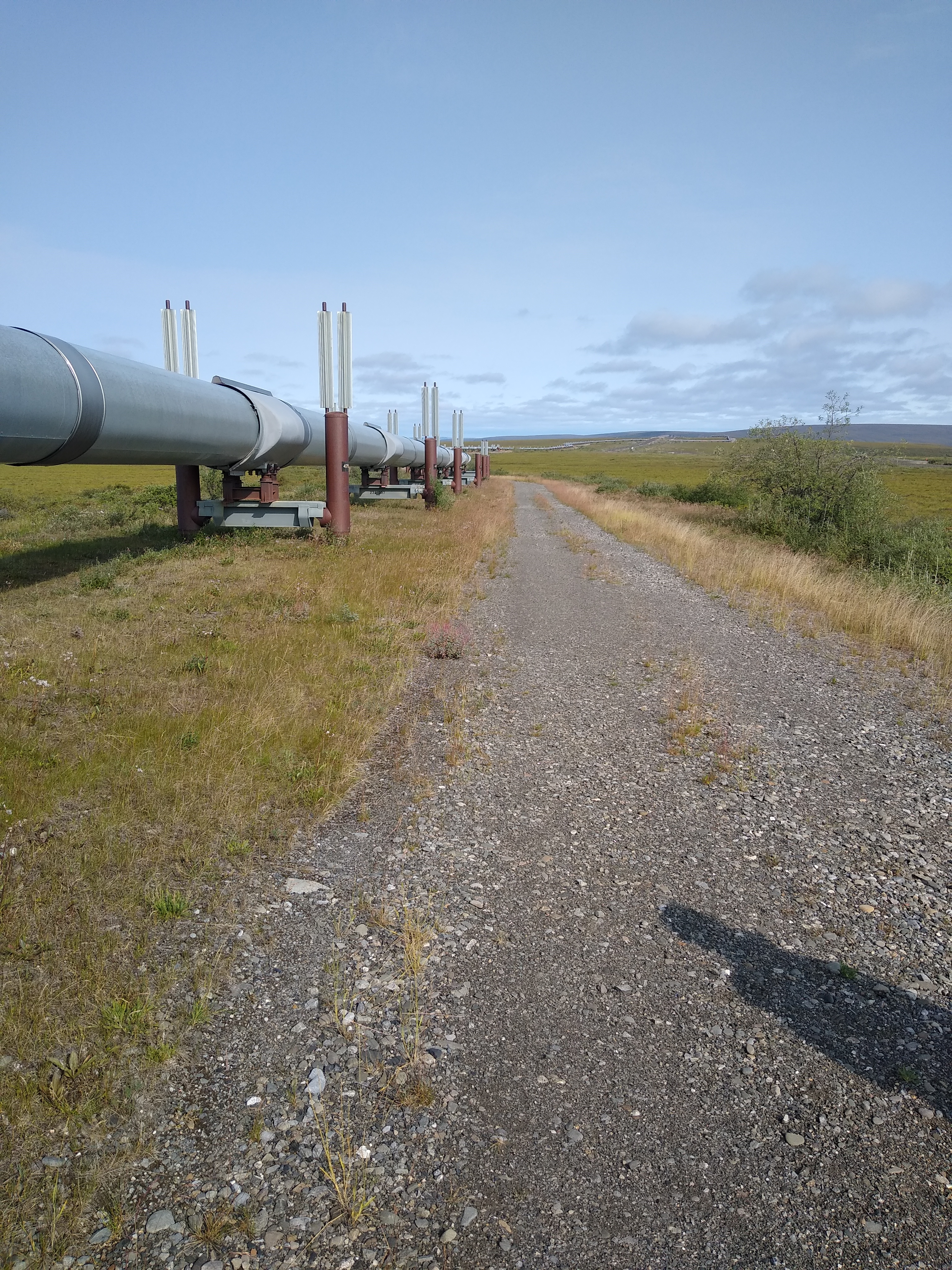 I must admit, coming from the lower 48, logistics present one of the greatest challenges in hunting Alaska. Coordinating gear, travel, people and (hopefully) meat/antler shipments places extra emphasis on planning. Coupled with the physical and mental preparation needed for any multi-day backcountry hunt, and suddenly you realize why so many people only dream of hunting Alaska and rarely turn those dreams in to reality.

But as a backcountry enthusiast and advocate, you owe it to yourself to tackle those challenges head-on.  Don’t be left wondering, what if?  That said, I’m hardy the first to hunt this landscape, and I certainly won’t be the last.  What makes our story different is a somewhat masochistic desire to slog across the tundra for miles from a road – no bush planes or boats. And to do so with archery gear strapped to our backs.

That’s where we found ourselves three days later.  Two days of travel plus one day of hiking gave us plenty of room to explore. The beauty of our shared public lands on full display. Living out of tents placed below scree-sloped mountains and ice-cold streams. All while chasing barren-ground caribou and keeping a wayward eye for the random grizzly bear.

It’s within this environment that I made my most memorable stalk on a caribou. It materialized rather quickly, with a small herd of five appearing in the distance and meandering towards a gently sloping ridge. After observing them for several minutes, I was able to discern their direction of travel and move across the tussocks to intercept them. As the band approached the slight ridge from the north, I approached it from the south. I knew I’d found a good ambush spot after settling down in a small drainage ditch just below the rise.  Cover is extremely limited in the tundra, and I’d found plenty. So, I waited. I was in the game.

After several anxious minutes a beautiful bull appeared along the ridge, and a quick range check revealed he was 300 yards out.  Figuring he’d close the distance I sat tight, but the animal always has a say, and this case was no different.  Despite a good wind, cover and time, the bull never closed the gap.  Choosing instead to feed along the ridge line. Given the situation unfolding before me, I decided to move.  When the bull disappeared for a moment behind the ridge, I slowly began my stalk. Three hundred yards became 250. Then 200, 150, 100 and 75. My last rangefinder reading read 59 yards, and I’d practiced all summer at 60.  What I needed was a little luck as I’d left any natural cover in the ditch behind me. Now, lying prone on seemingly barren ground, I saw the bull appear one final time along the ridge.  Yet, as old mature animals do, this bull only exposed the top of his back, head, and heavy velvet-clad antlers, with vitals obscured by topography as he walked eastward and eventually, out of bow range and into my memories. 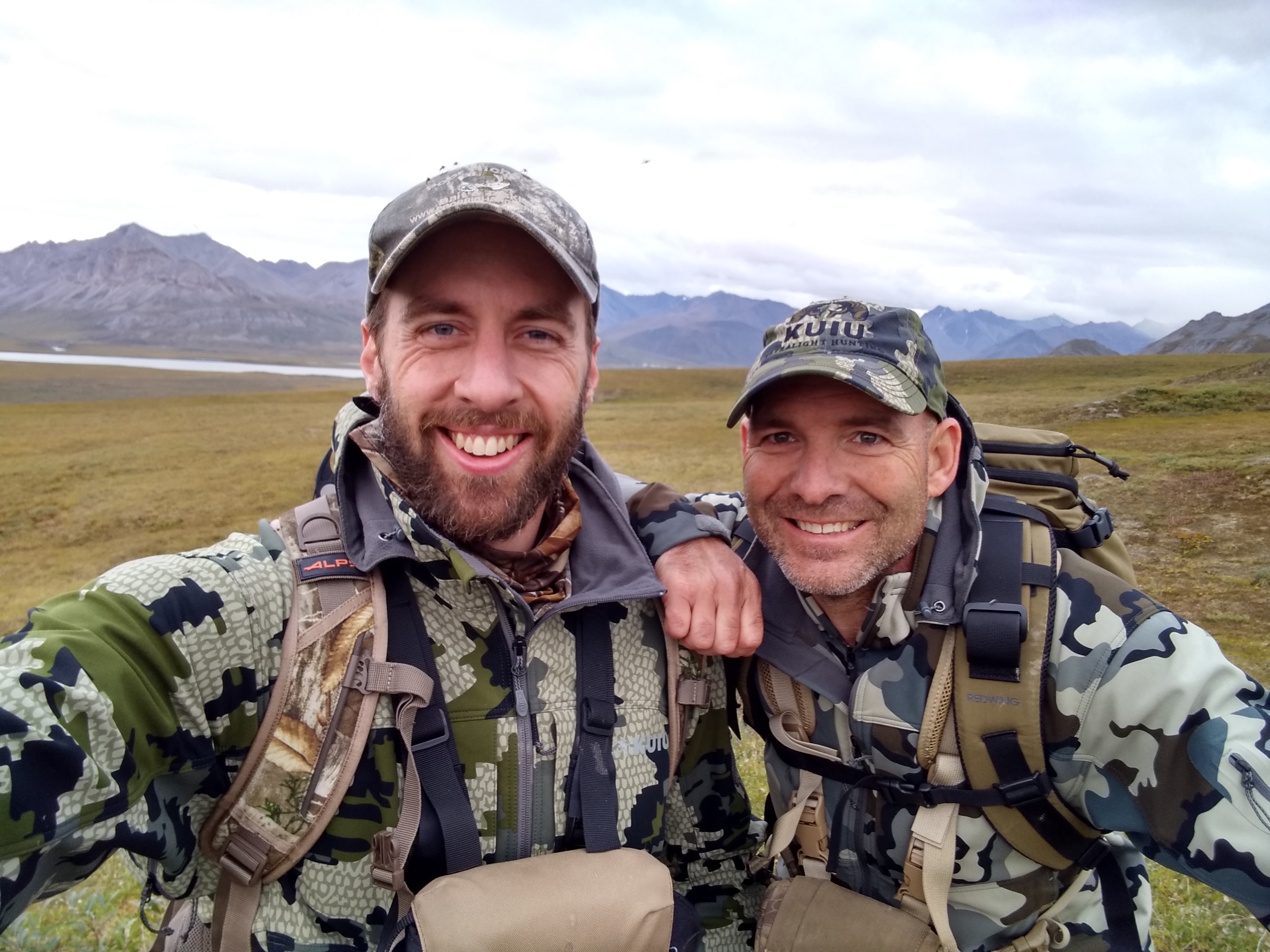 We have several other enjoyable stalks during the next few days, learning something new each time.  One of my friends even managed to release an arrow, albeit a narrow miss. We lived amidst hundreds of caribou, observed muskox roam the wild tundra, felt our senses heighten at fresh sign from a grizzly bear, heard the chorus of wild birds and laughed with good friends while sharing stories and backpacking food. But nothing was as memorable as that ridgeline bull.

And in the end, I’d pass on pursuing smaller animals for a chance at something of his stature. A decision that’d leave me with an unfilled tag. So why write the story of an unsuccessful hunt?  Most stories in books and magazines end with a dramatic conclusion in which the hunter tags his elusive target. Why write about a failed stalk or unfilled tag? It’s an easy question to address in my heart, but difficult to answer with words. That’s because I don’t find myself unfulfilled leaving the tundra without a harvest. Instead, I find myself full of joy, amazement, and appreciation having gone to such a place. It’s something I know backcountry advocates feel and relate to. It’s a calling and desire to immerse oneself in nature, and it’s something that you cannot replicate. When you get to experience that, the harvest becomes secondary.

As someone who’s spent the majority of his life on the East Coast, I eagerly await a return to Alaska and other wide-open spaces. It’s been my experience that backcountry areas across North America all have a familiar feel but are also all unique. Perhaps that’s what makes these places special and continually draw us back? Or maybe it’s the oneness we feel with the land, connection to previous generations of hunters/anglers or the solitude to get lost in our own thoughts. It’s those thoughts that spawned an idea about going to Alaska. It’s those thoughts that led me to a ridgeline for a chance encounter with a majestic bull. And it’s those thoughts swimming through my head that’ll lead to the next ridge, future adventures and a lifetime of memories.

Dominic Corsini is a member of the Pennsylvania chapter of Backcountry Hunters & Anglers.