HESPERUS, CO — Backcountry Hunters & Anglers recently issued a reward to a citizen who reported illegal OHV use on Colorado’s public lands. Law enforcement officers from the U.S. Forest Service were able to issue citations to the offending parties based on information provided by the citizen.

On May 3, Maria Webb saw a Jeep "tearing up the road" at a dispersed camping site near Hesperus, a town in southwestern Colorado. Maria, a thoughtful user of public lands who grew up in state parks, took images of the Jeep, whose owner had gotten stuck in an environmentally fragile area after driving past a boulder barrier and clearly posted travel management signs. 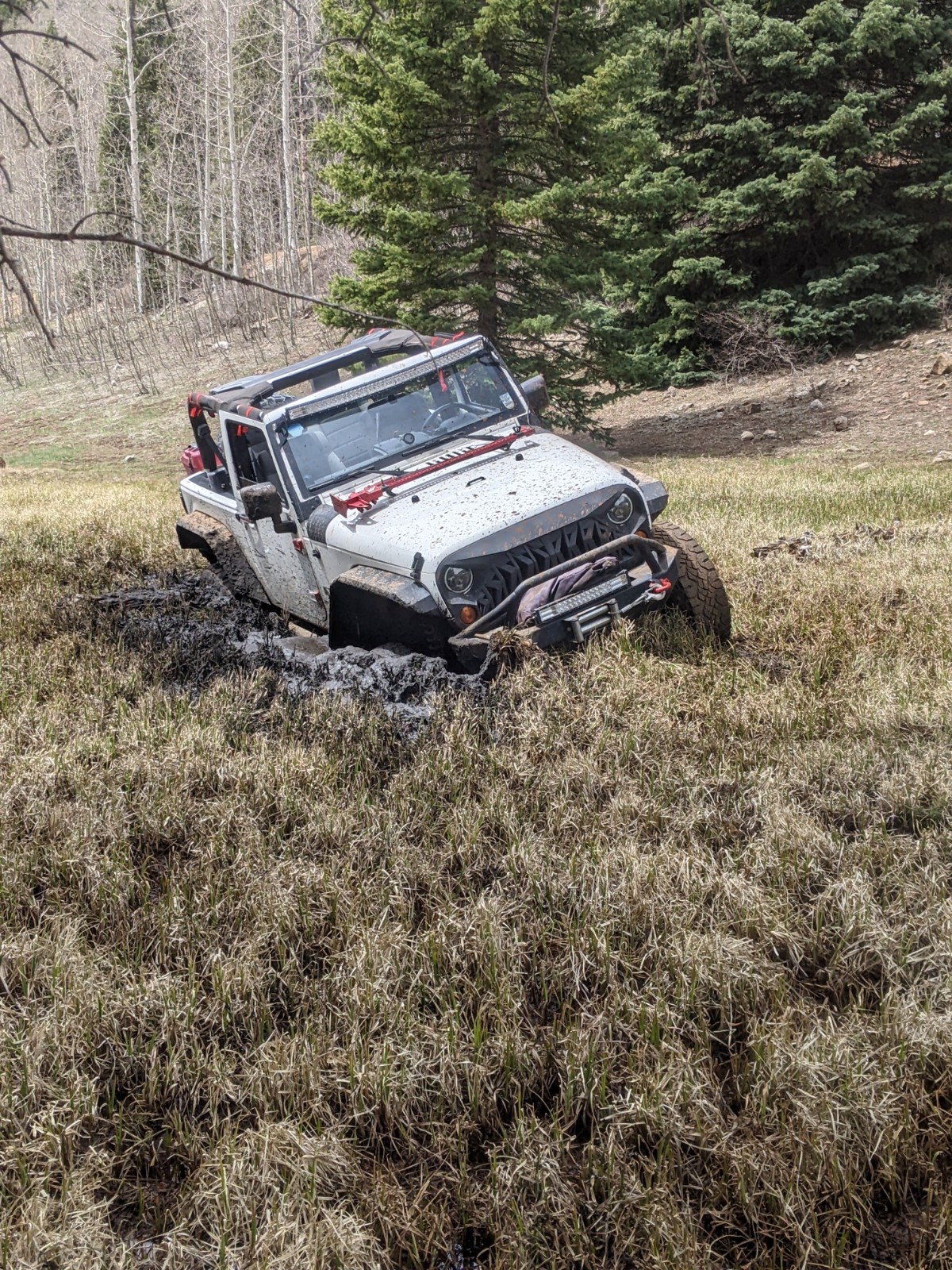 "I was out jeeping in early May when I came across this monstrosity," Webb said. People stopped as they saw me taking the pictures and told me that they had seen that Jeep tearing up the road and being very disrespectful. Unfortunately, he decided to go into a protected area and get stuck. Severely stuck. That boiled my blood as I grew up in state parks. I know how important it is to stay the trail. Take nothing but pictures, leave nothing but footprints. So I walked around the extreme perimeter and used my zoom lens to take as good of the pictures as I possibly could. Then when I made it back to cell service, I blasted it on the internet. [US Forest Service law enforcement officer] Mike Fuller got involved, and I forwarded the pictures and info to him. Along with the GPS location. I am just glad that there are other people out there that want to protect the land as much as myself."

Fuller said getting citizens like Maria Webb to help watch out for violations makes keeping public lands in good shape for the next generation easier, and he suggests arming yourself with the right tools to know when you need to be on foot in the great outdoors.

"We encourage good ethical travel on National Forest System lands," said Fuller. "Signs, barriers/barricades are placed as a deterrent for illegal off road travel and to prevent damage to critically sensitive areas. Motor Vehicle Use Maps are free to the public and available at each district office. What I’ve been promoting is the AVENZA app for smart phones. The MVUM is free to download and can track where a person is operating with the phone's GPS."

While responsible OHV users are in the clear majority across the western United States, those who choose to ignore the rules and regulations concerning off-road use jeopardize the outdoor experience and success rate of every hunter and angler in the area. BHA is proud to reward those who stand up for wildlife and our public lands and waters and encourages members of the public to report illegal off-road activity. Webb's reward, which came from BHA's OHV Reward Fund, is intended to provide incentives for self-policing on our public lands across North America.

CO BHA works hard to ensure local members are engaged with the USFS on planning decisions, work projects and more through efforts such as the Habitat Watch Volunteer Program. Learn more about how you can get involved here, and help support BHA’s OHV Reward Fund by donating here.

share on
See other posts related to the campfire OHV Colorado Issues Colorado News
Get the latest news and stories, right to your inbox.
Search
Local Chapters