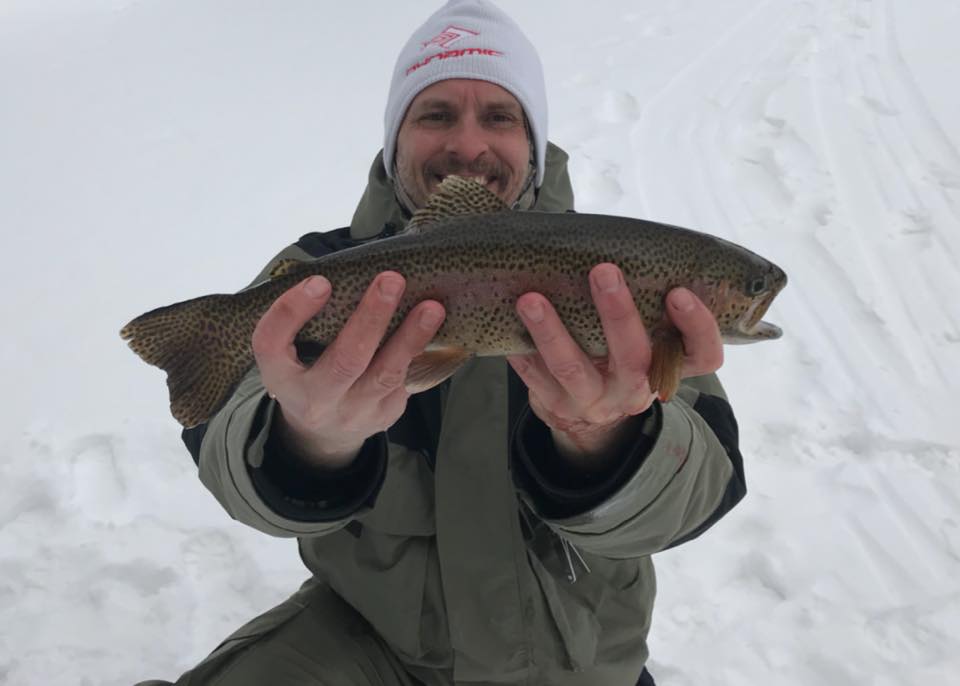 November 2018. Russ joined the Colorado BHA Chapter Leadership Team (CLT) in December 2017, volunteering as the CLT’s Front Range Sponsor-Events Coordinator. He immediately took the bull by the horns and organized a Pint Night in Fort Collins and has been going nearly non-stop ever since. BHA’s November 2018 Backcountry Beat summarized Russell’s efforts (below) on behalf of wildlands and wildlife.

“Russell Bassett is a U.S. Army veteran and was born in the Panama Canal Zone when it was a U.S. territory. He was raised in Missouri and Nebraska and shipped all over the country and world by the Army. He completed a tour in Iraq, following in the footsteps of his father who served in Korea, then spent ten years in Oregon before moving to Colorado during 2014 to be near family in western Nebraska.”

“As the Colorado BHA Front Range Sponsor-Events Coordinator, Russ has organized many great events, including a successful membership drive in partnership with Upslope Brewing Company … ‘When I was in Iraq, it was memories of hunting and fishing our public lands and looking forward to doing so again that kept me going,’ Russ said. ‘It’s an honor to serve with other BHA members in protecting and enhancing the wild places and wildlife that bring me so much peace and happiness.’”

As alluded to in the Backcountry Beat, Russ recently took lead in fostering a Colorado BHA relationship with Upslope Brewing Company that resulted in Upslope sponsoring a month-long BHA membership sweepstakes (November 1-28: Pints for Public Lands) and Pint Night (on Nov. 28) that brought in over 100 new BHA members!

“This recognition should really go to all of BHA’s volunteers in Colorado,” Russ said. “I’m blessed to be part of an awesome team of dedicated public land owners doing outstanding work for wildlife habitat and hunting and fishing access. We’ve also got the best sponsors in the world. In the past couple years, some of the state’s biggest (and best) craft brewers have gotten involved with BHA in a big way and are rocking the events we do with them.”

Russ also started the chapter’s “Hike to Hunt and Fish” (H2HF) program, which facilitates group hunting and fishing activities for Colorado’s Front Range BHA members. In Russell’s words: “Join the H2HF group to get invites to fish, hunt and give back to the resource with fellow BHAers.” Most recently, on December 15, he organized a H2HF “Holiday Hard Water Fishing” excursion.

In addition, Russ reconnoitered and recommended the location for Colorado BHA’s 2018 Rendezvous, at the Lakeview Campground in the Pike-San Isabel National Forest—we’ll tentatively be at the same location for our 2019 Rendezvous. He also organized a Beer & Gear for Backcountry event in partnership with Rep Your Water, helped develop and recruit new chapter leaders, assisted at several successful membership recruitment events—the Trout Clave at Anglers All and Pint Nights at New Belgium and Upslope—and has helped push chapter merchandise sales to another level.

“Russ has been a one-man juggernaut from the start!” chapter co-chair, David Lien (a former U.S. Air Force officer), said. “His take-charge, lead-from-the-front efforts have been instrumental in spreading the word about BHA’s work to protect and perpetuate our great public lands hunting and angling heritage here in Colorado. Russ absolutely personifies BHA’s boots-on-the-ground mantra and get-’er-done attitude. Wildlands and wildlife need many more like him!”

“We’ve got to fight for our right to hunt and fish, or we could lose it, and I am very thankful to BHA, and particularly the BHA volunteers I work with on the Front Range of Colorado, for making that fight fun,” Russ added. “We really do have a blast for a great cause, whether it’s meeting for a planning session over all-you-can-eat wings, organizing a Pint Night or sharing a duck blind together, the BHA Front Range crew makes volunteering fun.”

Founded by Mike Beagle, a former U.S. Army field artillery officer, and formed around an Oregon campfire, in 2004, BHA is the voice for our wild public lands, waters and wildlife. With over 25,000 members spread out across all 50 states and 13 Canadian provinces and territories, including chapters in 39 states and two international chapters—in Alberta and British Columbia—BHA brings an authentic, informed, boots-on-the-ground voice to the conservation of public lands. Since the Colorado BHA chapter was founded by David Petersen (a former U.S. Marine Corps helicopter pilot) in 2005 (the first official BHA chapter), they’ve grown their boots-on-the-ground presence to over 1,900 dedicated hunters and anglers.