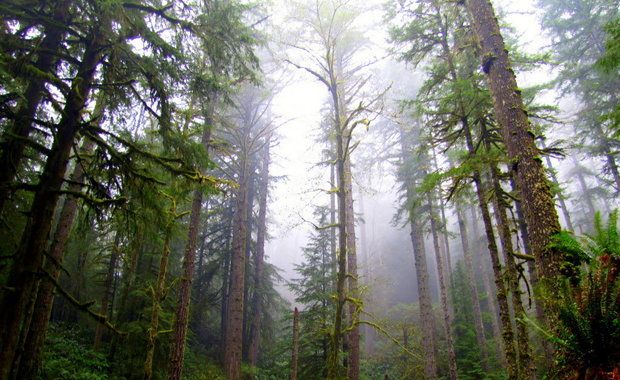 SALEM, Ore. – The Elliott State Forest will remain publicly accessible to hunters, anglers and other recreationists under a law signed today by Gov. Kate Brown, bringing to a close years of uncertainty regarding the future of Oregon’s oldest state forest and advancing an outcome strongly supported by a broad range of stakeholders, sportsmen in particular.

The 82,500-acre Elliott is one of the largest contiguous tracts of publicly accessible lands along the Oregon coast for hunting elk, deer, bear and upland birds. The Oregon chapter of Backcountry Hunters & Anglers has been a leading voice in the push to keep the forest under state ownership and open to the public. Introduced earlier this year by Oregon Sen. Arnie Roblan of Coos Bay, the bill signed today by Brown averts the need to sell it.

Roblan’s bill, S.B. 847, transfers ownership of the Elliott from the school trust fund to an alternative state land management entity that does not have the same fiscal management constraints. The Oregon state land board had postponed ruling on the Elliott’s fate to give state lawmakers time to develop a plan that would keep the forest publicly accessible. S.B. 847 is coupled with $100 million in bonds passed by the legislature, which will partly fulfill financial obligations to the school trust.

“Oregon hunters, anglers and public land owners appreciate the leadership shown by Sen. Roblan and Gov. Brown,” said BHA Northwest Coordinator Jesse Salsberry, who attended the signing of S.B. 847. “Though we know that more work remains, we are happy to see that progress continues to be made to keep the Elliott accessible and in public hands.”

“Finding creative ways to keep public lands in public hands is paramount in our fight against losing access to the lands and waters that we as sportsmen and women love,” said BHA Oregon Chair Ian Isaacson. “Just as important is engagement by the public. We must be active participants in the entire process, no matter how difficult, tiring and frustrating as it may be.”

Established in 1930, the Elliott State Forest was given to Oregon by the federal government to provide a sustainable source of school funding through timber harvest. Over time, divergent public interests led to a net loss of revenue on the land and resulted in the state proposing its sale. Sportsmen have helped lead efforts to sustain hunting and fishing opportunities in the Elliott by maintaining public access for future generations to experience and enjoy.

More than 4,000 sportsmen have joined BHA in petitioning the state of Oregon to keep the Elliott State Forest publicly accessible.