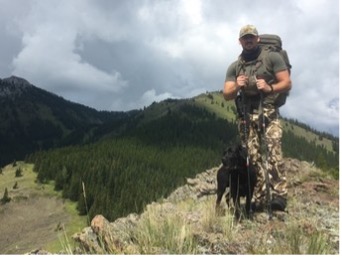 Everett has been hunting and fishing since he was a young child.  He has also been trapping since 2007.  He cut his teeth jump-shooting wood ducks and wing-shooting ruffed grouse (yes, ruffed grouse are actually quite flighty in southern Ontario!) on the Canadian Shield, chasing wild turkeys and deer on agricultural lands, calling migrating waterfowl on the big water of Lake Ontario, and fishing for everything from salmon in the Great Lakes to smallmouth bass in cottage country. After permanently moving to Alberta in 2015 (originally Lac La Biche), he became more dedicated to big game hunting, spending inordinate amounts of time chasing elk with his bow, and now, since moving to Lethbridge in 2018, bighorn sheep and black bears in the mountains.

Professionally, Everett teaches courses and researches in wildlife biology at Lethbridge College. He also works as a wildlife biologist in the consulting world.  Everett has a PhD in wildlife ecology, is a Certified Wildlife Biologist® with The Wildlife Society, and a Registered Professional Biologist with the BC College of Applied Biology.

Everett was naturally drawn to BHA’s advocacy for science-based decision making and mission to protect access to public land.  Everett brings >13 years of international experience in natural resource management with NGOs, provincial/state agencies, and academic institutions to the Board. 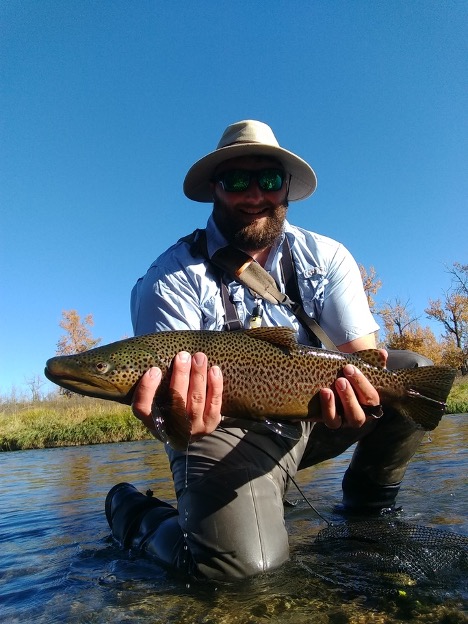 Beau Cleland is an avid angler and a relatively recent convert to fly fishing who fishes and camps almost exclusively on public lands and waters. Originally from the United States, he has lived in Calgary since 2011. He spends his outdoor time roaming western Canada and the United States, camping, hiking, and fishing with his wife and three boys. Beau served for eight years in the United States Army, with service in Iraq and Afghanistan. He holds a masters in international relations from Johns Hopkins University and a PhD in history from the University of Calgary, where he currently works. Beau is eager to help with BHA’s mission to preserve and protect our publicly-owned lands for current and future generations. 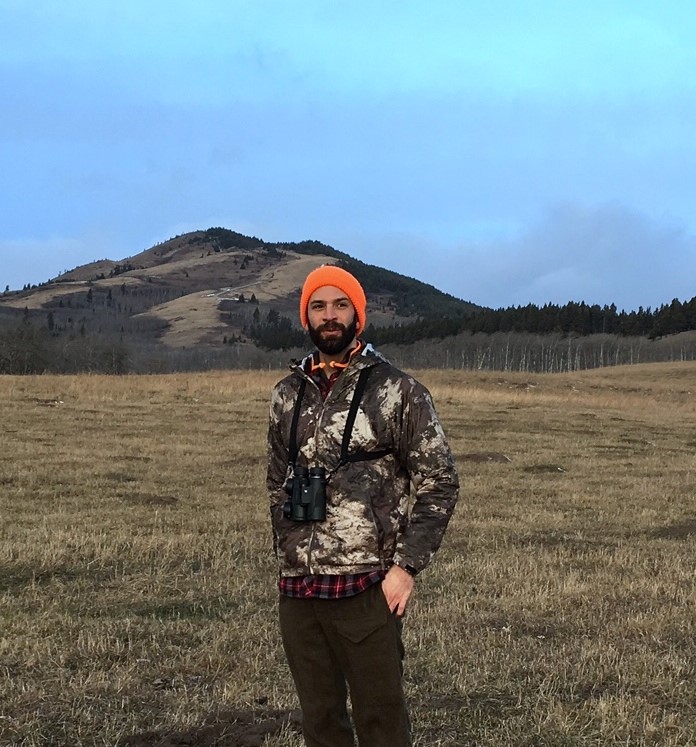 Tom grew up in Ontario, and has had a love of the outdoors as far back as he can remember. It probably helped that his parents shipped him off on canoe and hiking trips every summer, for which he is eternally grateful. His love of nature and wildlife eventually led him to Edmonton 10 years ago for a Master's degree in ecology at the University of Alberta, where he studied white-tailed and mule deer.
Although not from a hunting family, Tom picked it up since moving to Alberta, and is now completely hooked. His thinking on hunting and wildlife management is built around his background in ecology. So for Tom, BHA's values of maintaining large tracts of wilderness, habitat conservation, and environmental stewardship are a perfect fit. 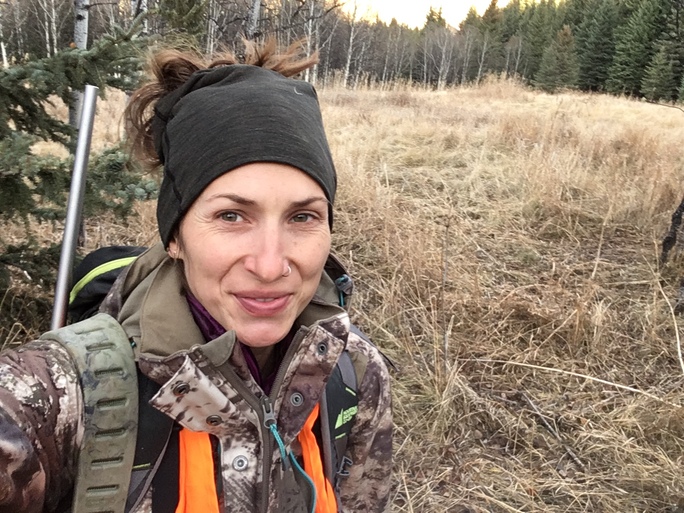 While Katie has worked throughout western Canada and in Latin America for university research projects, nongovernmental organizations, and environmental consulting companies, she now spends her days working on public lands conservation in Southern Alberta. Her love of the outdoors continues to pull her into the backcountry on hiking, fishing, hunting, backpacking and wilderness canoe trips. The continuing push of industrial land uses and motorized recreation into Alberta’s shrinking wilderness areas motivates her to work on keeping these areas wild for native fish, wildlife and those who experience these amazing places through traditional quiet uses. 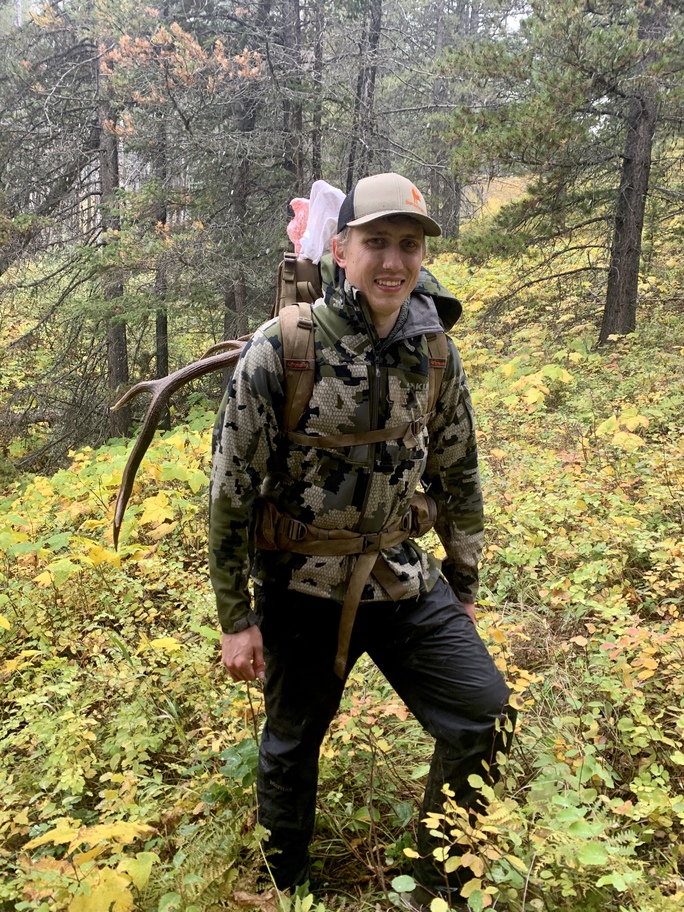 Erik was born in Sudbury, Ontario, spent most of his adult life in Ottawa, and relocated to Calgary in July 2019. He spent much of his childhood hunting and fishing with his father and grandfather, but largely stopped after he went to university. After graduation, he spent several years trying to reconcile urban life with his childhood passions but struggled to find hunting opportunities that weren’t on private land. His passions were later re-ignited after a friend introduced him to public land turkey hunting opportunities near Ottawa.

Since moving to Alberta, Erik’s free time is spent dreaming about elk, fly fishing, and learning about the importance of backcountry nutrition. 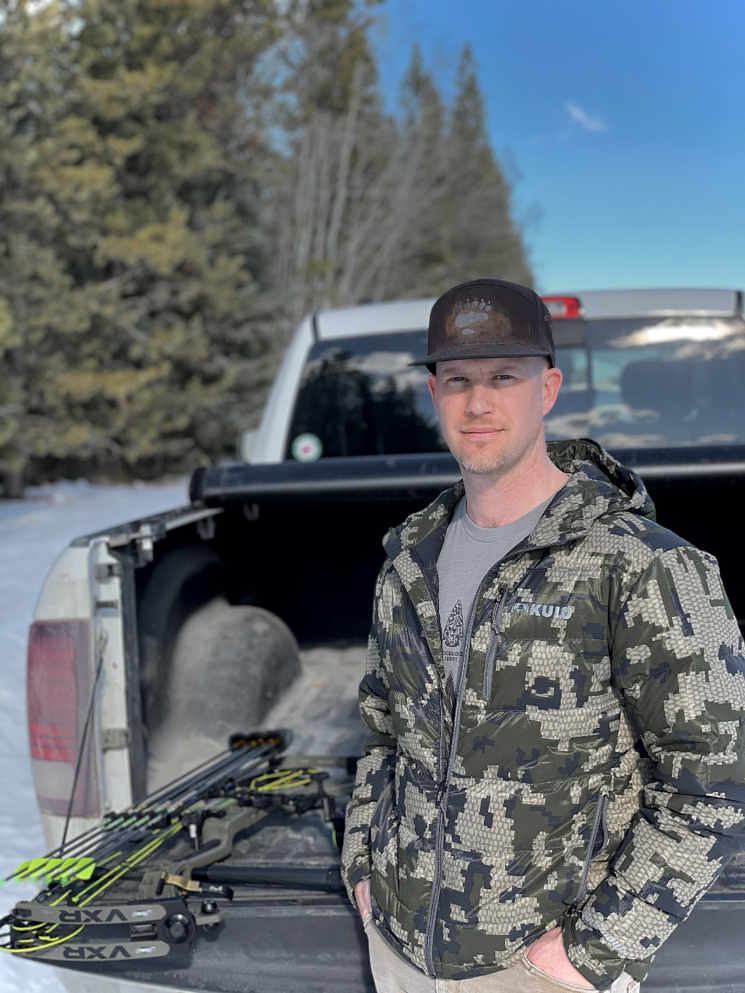 Tirel spent much of his youth with his family in Alberta’s backcountry. His passion for hunting rooted at a young age chasing white-tailed deer and upland bird with his father. The annual hunting tradition has since developed into a constant pursuit of several fish and game species throughout Alberta’s varying landscapes.

In 2004 he joined the Canadian Armed Forces and served in a light infantry regiment. Two years later he was deployed to the theatre of operations in Afghanistan. After resigning from the military he spent three years in Asia before settling in Calgary, starting a new family, and finding a career in the trades. As a contractor his career brings him to various projects across Western Canada. Although work is a primary reason for travel he has never wasted an opportunity to find new areas to hunt and fish, nearly all of which are on public lands.

Being no stranger to service, Tirel saw that joining Backcountry Hunters & Anglers in the pursuit to preserve the remaining wild lands he treasures was an easy choice. 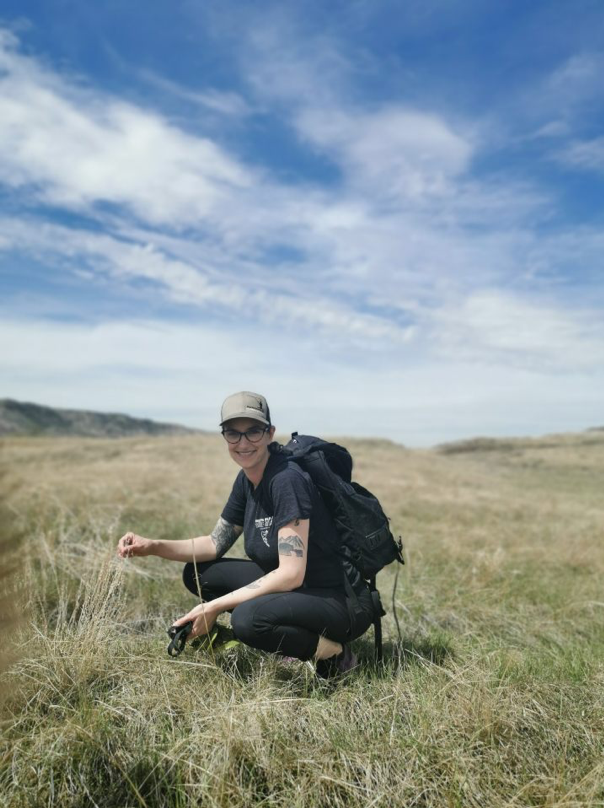 At Alberta BHA she finally discovered a community of like-minded people who prioritize responsible stewardship, and prefer to get off the beaten paths. She studied herbalism at Wild Rose College in Calgary and has been foraging and wildcrafting since the early 2000's; her love of hiking in wild places and reverence for nature naturally lead her to value public lands as a resource available for everyone to use and protect.

She now lives in Edmonton with her daughter who likes to camp and fly fish with her. With BHA, she hopes to use her enthusiasm and knowledge to encourage new hunters and anglers to experience all the abundance that Alberta has to offer. 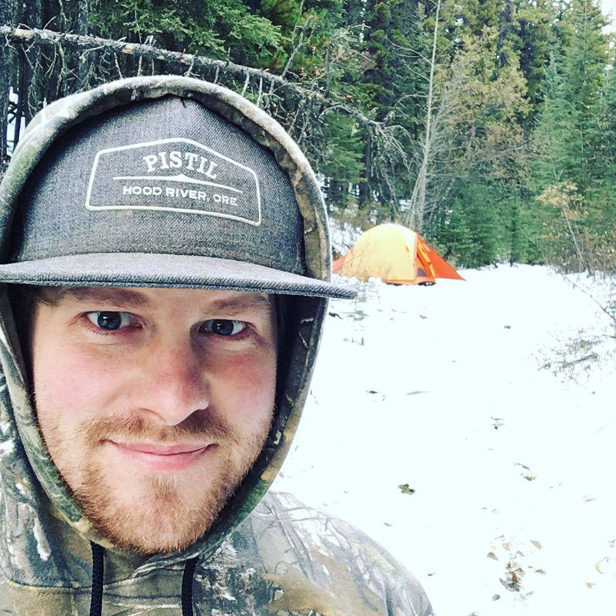 Bob Montgomery began hunting when he was 14 after his neighbours took him out to Chain Lakes PP. He then took a hiatus after high school to pursue skiing and other outdoor recreation. He worked in the outdoor education field for years, completing a degree in Eco-tourism and Outdoor leadership. After he completed his Masters in Applied Health Sciences focusing on Métis decolonization, Bob became more involved in hunting as a way of reclaiming his Métis identity.

Working at a wilderness based addictions treatment centre in Nordegg, he found a Métis harvesting mentor and is actively engaged in learning Indigenous conservation practices including the ethical harvesting animals and plants. Bob is a recognized Métis harvester and is passionate about connecting to the land through stewardship and Indigenous conservation practices.

BHA was attractive because of their alignment with critical conservation issues and their active approach. He hopes to contribute to the work that BHA has taken on and learn new ways to advocate for conservation. 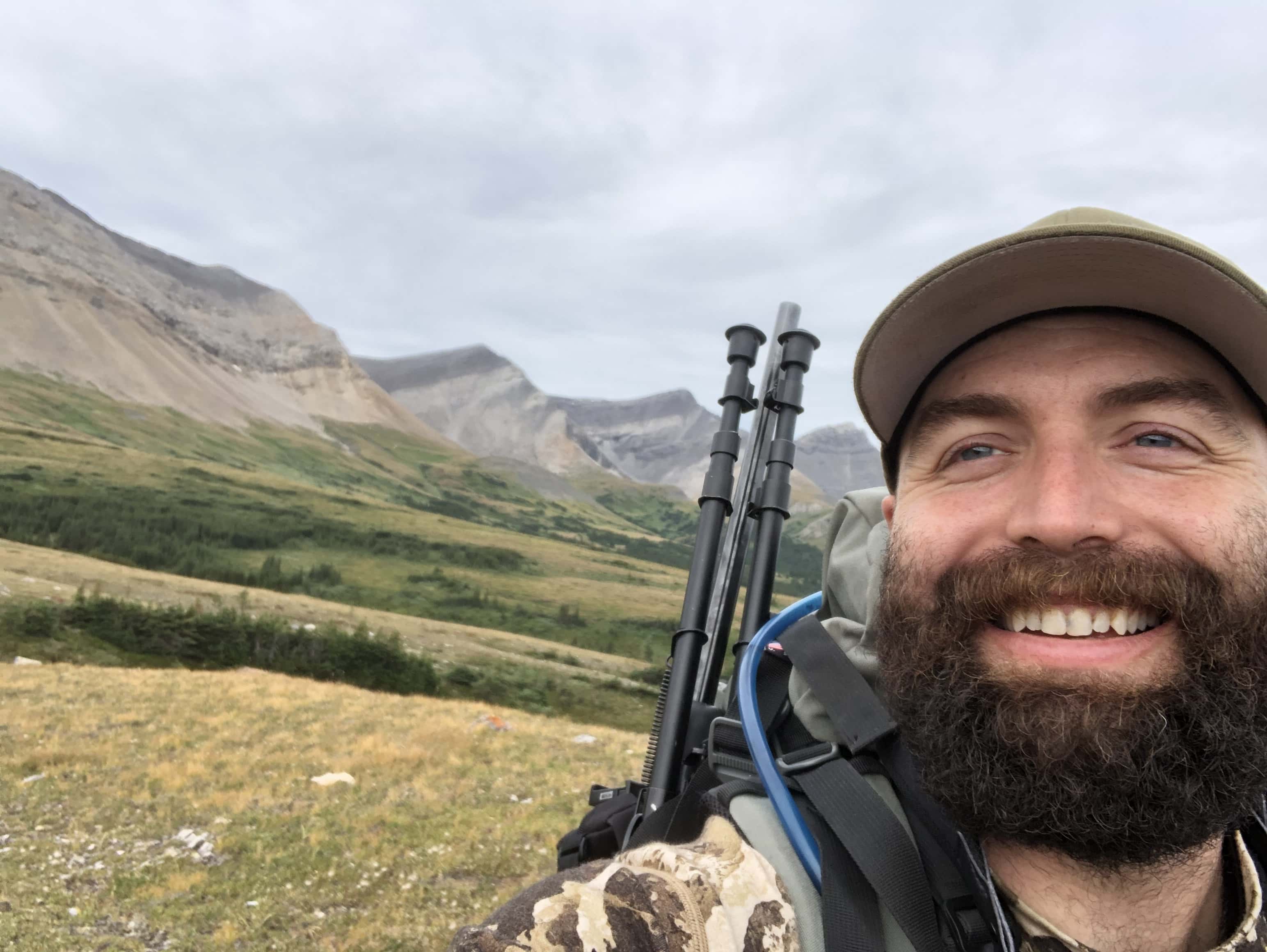 Chris was born and raised in central Alberta. He grew up with a love for nature, wildlife, and adventure. He spent his youth exploring the outdoors. Camping, fishing, and hiking in the Rockies and kayaking and foraging in the Gulf Islands.

In 2006 he moved to Edmonton and had the opportunity to start hunting. It quickly became an obsession! After years of hunting lease roads and cut lines, he transitioned into the backcountry and now hunts almost exclusively in the mountains where he feels most at home. When he isn't hunting, Chris likes to spend his time camping and hiking with his wife and daughter. He works as a carpenter foreman for a commercial construction company in Edmonton.

Chris learned about BHA through a hunting podcast. He found an alignment of values and was excited to be a part of an organization dedicated to protecting the wild areas he loves so much. 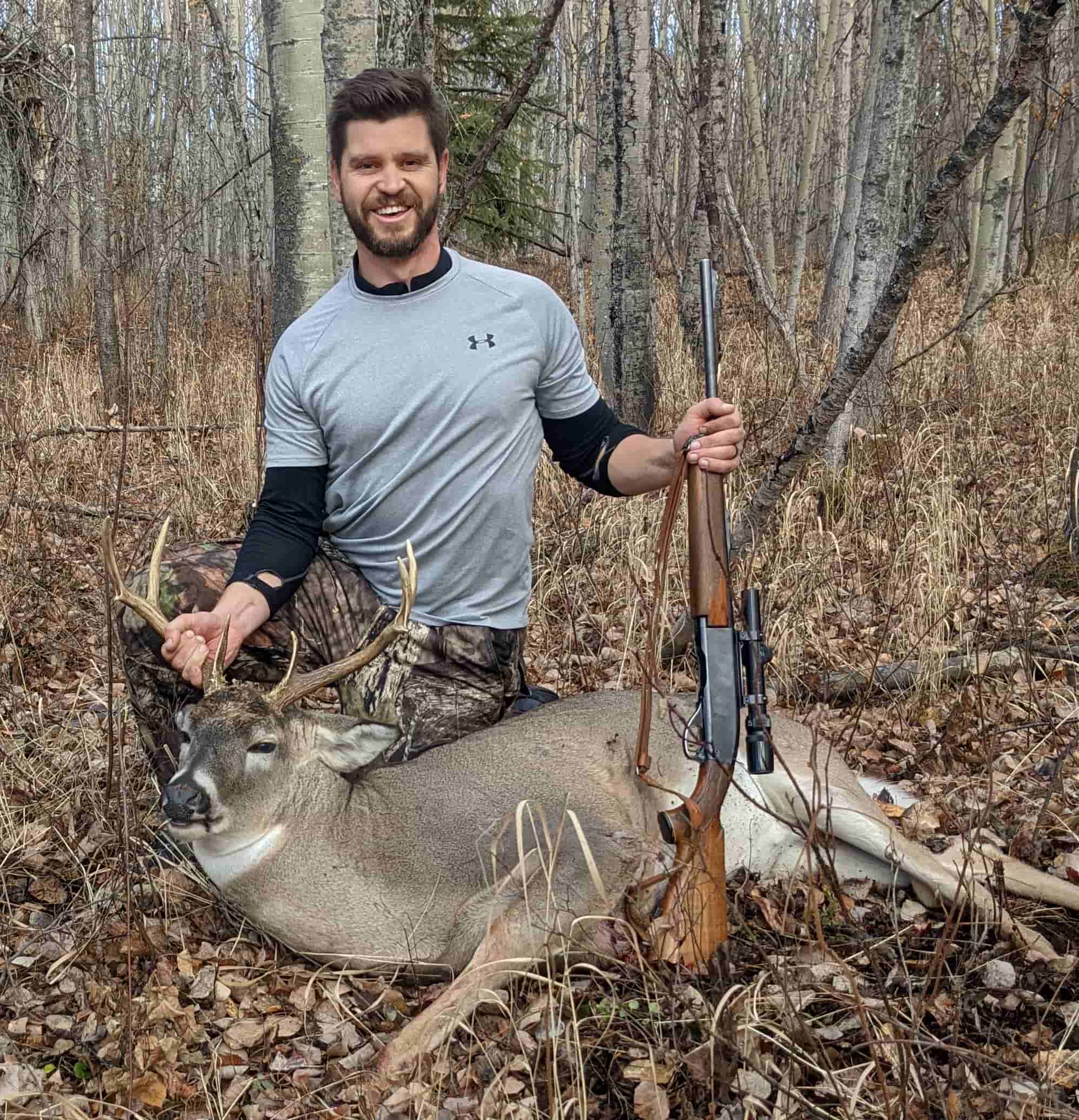 Derek was born and raised in British Columbia where he spent a lot of time with his grandfather in the northern backcountry, hunting and fishing. He moved to Alberta in 2007 but continued to travel back to BC every hunting season to spend quality time in the bush with friends and family. After making new friends in Alberta, Derek discovered a new love for waterfowl hunting and big game in Alberta.

He has a wife, two kids and lives in Edmonton where he works in sales & marketing for a local Picker-Truck company. Derek discovered BHA through a write-up in an Albertan conservation magazine and quickly jumped on board with the overlapping vision of responsible land use and access. His commitment to personal growth, community, and belief in civil service make him a great fit with BHA's mandates and goals. 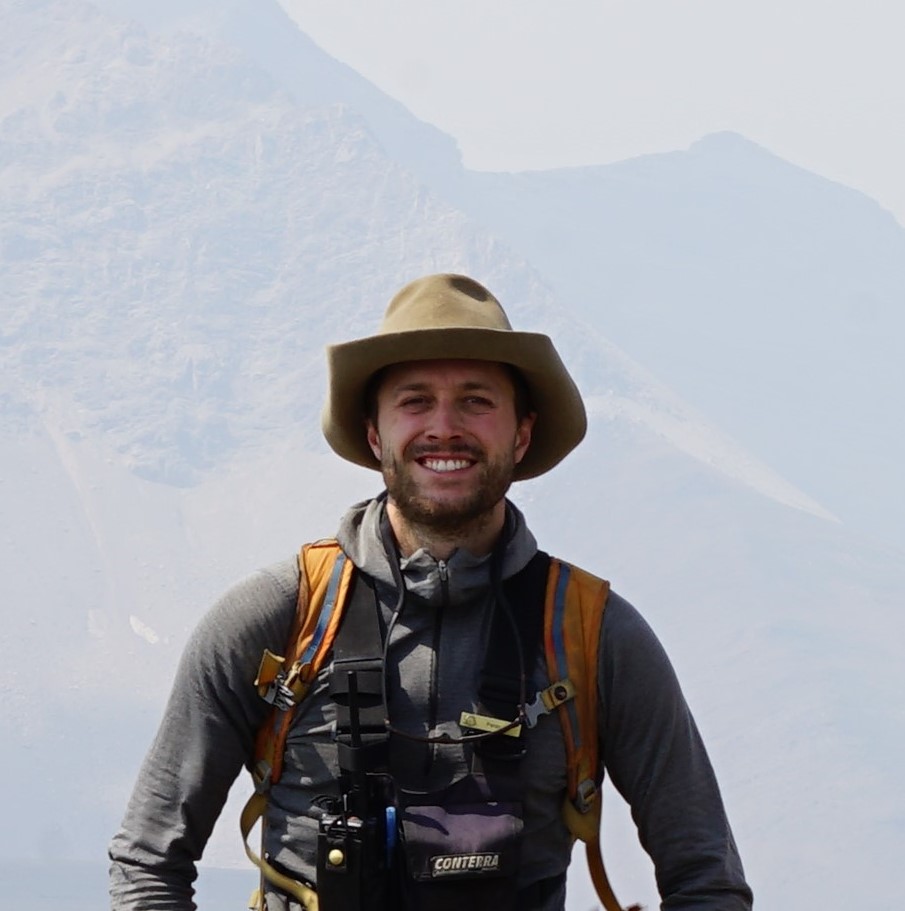 Peter is a graduate student investigating the spatial ecology of bighorn sheep on Alberta's eastern slopes. He has deep roots in the rocky mountains where he spends his time on adventures in wild places- hiking, fishing, and getting in the odd trip in the saddle. As a new hunter, he appreciates lessons learned by following game trails, glassing high ridges, and cooking new-found harvests.

Peter was first drawn to BHA through the chapter's hard work and loud stance opposing coal on previously protected public lands and through his work as a leader in the University of British Columbia Okanagan's BHA Chapter. Peter is excited to forward the organizations drive to push conservation initiatives while advocating for more access to public lands. 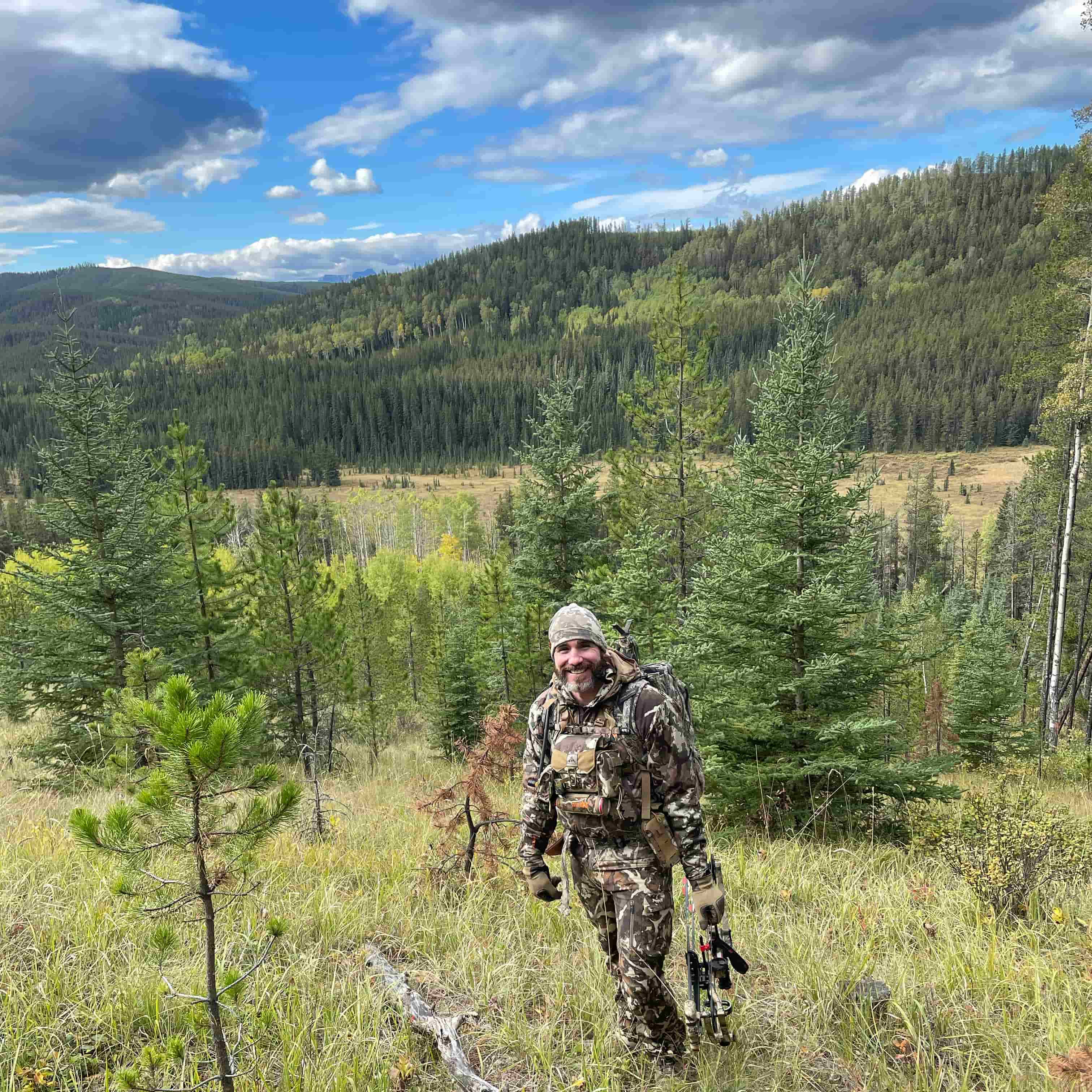 Karl was born in Deschambault, Quebec. Living on the north shore of the St-Laurent river, he spent much of his childhood hunting ducks, and fishing bass and walleye on public lands and waters with his father. He also spent his youth foraging and mushroom hunting with his aunts on their farmland. His passion for waterfowl and game bird hunting led him to become involved with various conservation organizations over the years.

In late 2005 he joined the Canadian Armed Forces and served as a combat engineer for 11 years. After completing all required courses and training, he was posted across the country to CFB Edmonton, Alberta. Two years later he was deployed to the theatre of operations in Kandahar, Afghanistan.

Since retiring from the military he spends most of his free time exploring public lands in northern Alberta, pursuing black bears and white-tailed deer. Finding access to public lands was challenging after moving across the country and when Karl found out about BHA's mission and values, he was sold.

share on
See other pages related to alberta alberta chapter board
Get the latest news and stories, right to your inbox.
Search
Local Chapters