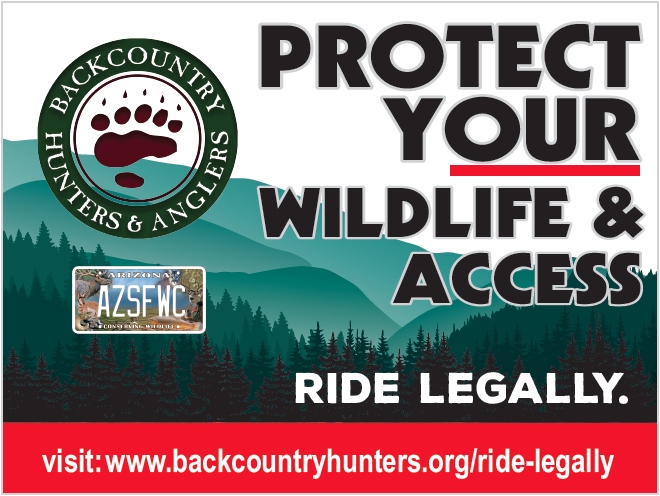 The Arizona BHA Chapter received a grant from the Arizona Sportsmen for Wildlife Conservation (AZSFWC) to help fund production of 200 aluminum trailhead signs, a full page ad in next season’s Elk and Antelope regulations and the printing of several “thank you” cards which will be left on vehicles at trailheads. Illegal OHV use is a major problem in Arizona, destroying valuable habitat and forcing private land owners who previously opened their acreage to public access, to lock the gates. The chapter sees this project as an opportunity to take a leadership role in educating both OHV using hunters and anglers, and the general public, on the ramifications of illegal OHV use to wildlife populations, habitat and public access.