By Leyton Hanneman and Matt Hanneman

’Twas the night before hunting, when all through the woods,
The creatures were stirring and there the bull stood.
Our packs were all readied and quivers fitted with care; 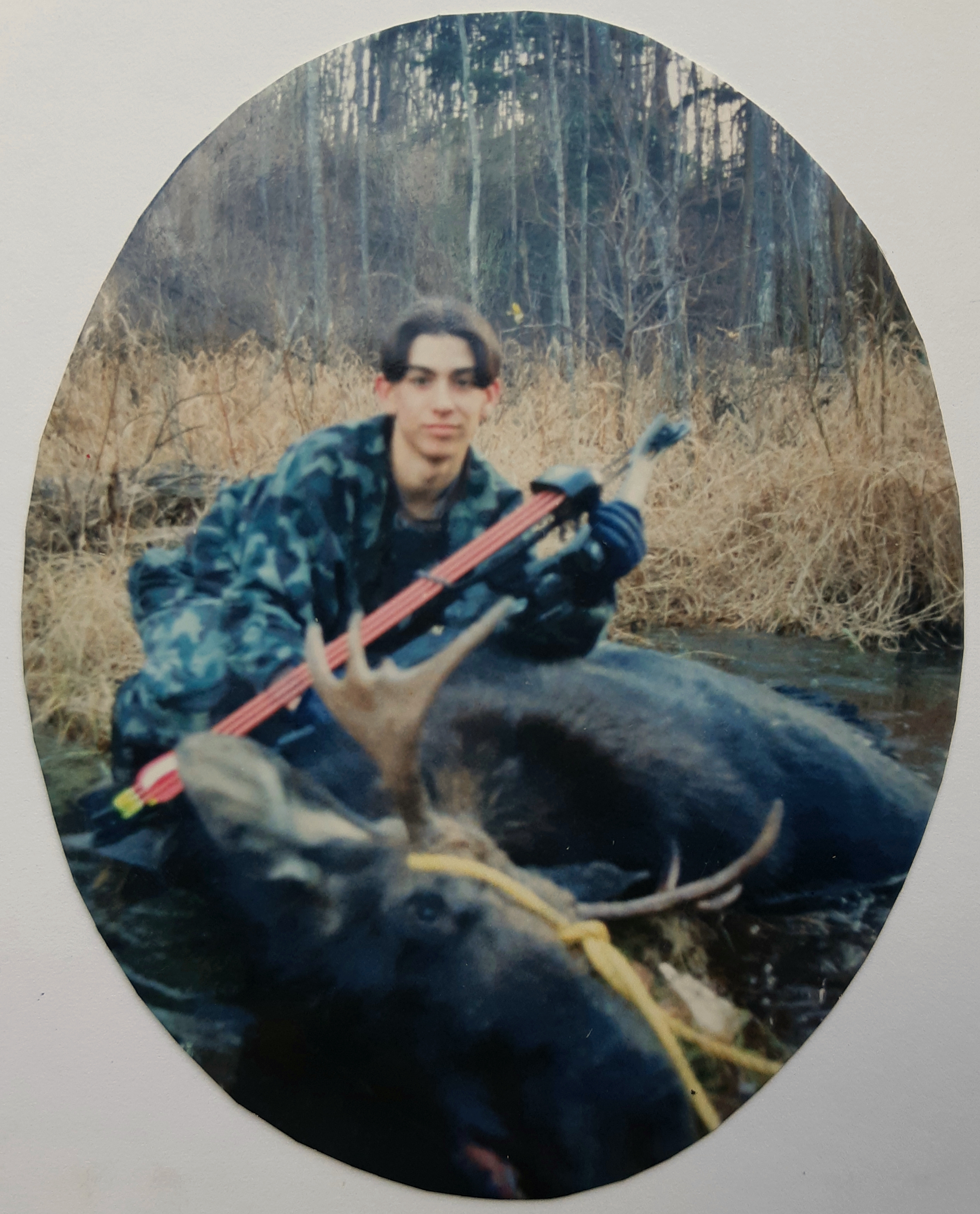 As we prayed that the moose would wait for us there.
The calves and the fawns were all snug in their beds,
While visions of rump roast danced in our heads.
We arose before dawn and crept into the woods.
To call in this big moose was our goal, if we could.
Setting a blind, prepared for the long haul,
We settled in and began to cow call.
Then out from the bush there arose a loud crash,
I sprang from my seat and grabbed my bow in a flash.
Binos raised to my face, I started to glass;
I scanned the horizon and searched the tall grass.
The sun on the breadth of the frosty landscape
Gave the lustre of dim morn as the forest took shape.
When what to my wondering gaze should arise,
But a monster bull moose, a rack sixty inch wide.
With a grunt and a snort he advanced on us quick,
So I fitted my bowstring with a razor-tipped stick.
Antlers swaying and thrashing, he stepped within range;
My bow at full draw, adrenaline coursed through my veins.
The pin settled in, the bowstring sang, the arrow was flung;
And hitting its mark, into his chest it did plunge.
His last moments at hand, the bull charged though the trees;
And with a final loud crash, he fell to his knees.
Now before you think this ending is sad;
His life was a gift, to become food, so be glad.
So the circle of life once more goes around,
And to the Lord our thanks and praise will abound. 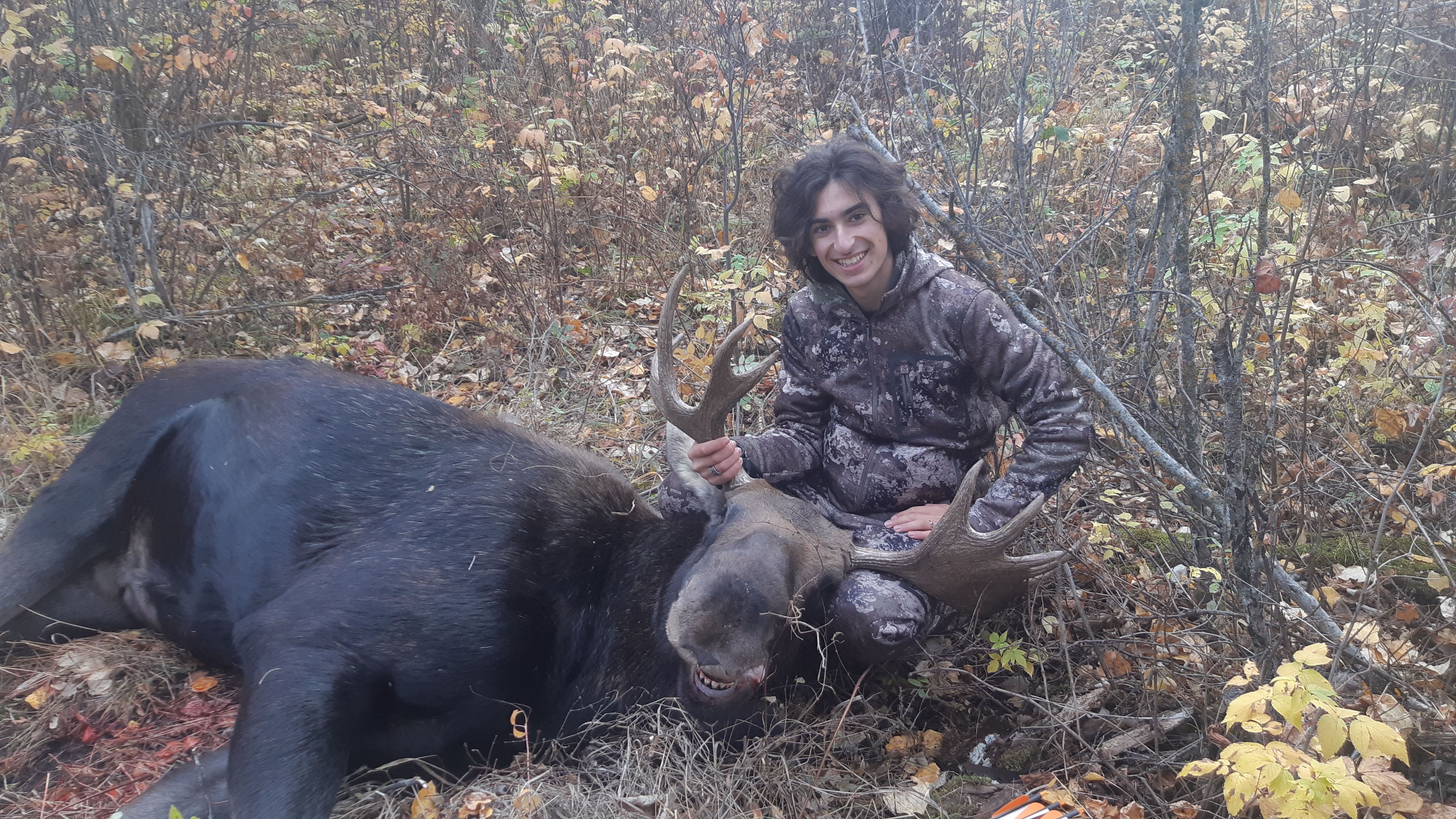 BHA member Matt Hanneman has been bowhunting since he was 14 years old when he arrowed his first bull moose. His passion for hunting and the outdoors drove him to study environmental biology and work in the conservation field for over a decade. Matt also passed on his passion to his son, Leyton, at an early age by bringing him along on his hunting trips and backpacking adventures.

Leyton Hanneman has also become an avid bowhunter and arrowed his first bull moose at 15 years of age.

Leyton and Matt wrote this short poem written in the cadence of “A Visit from St. Nicholas,” by Clement Clarke Moore, inspired both by the excitement of the night before a big hunt, like how a kid feels on Christmas eve, and their love of bowhunting for moose. The Hannemans live in Strathcona County, Alberta, Canada.

This article first appeared in the Fall 2022 issue of Backcountry Journal. Join BHA to get 4 print issues a year right in your mailbox.