The California and Nevada Chapters of BHA will be assisting the BLM with a post-fire restoration project in the Amargosa River Valley on Saturday April 23rd.

We will meet at the Crowbar Cafe in Shoshone at 11:00 am and then will carpool/caravan to the restoration site located near China Ranch. After an afternoon of planting, volunteers can try the famous China Ranch "date shakes" and then head home or camp nearby for the evening. For those camping we will have a wild game potluck and beer provided by BHA.

The creek itself is also the home of two sensitive fish species the Amargosa Speckled Dace and Amargosa Pupfish (tiny little guys, so don't bring your fishing polls). This creek is also a tributary to the Amargosa Wild and Scenic River. As you can see from the included photo, the fire was rather severe and the site can really use a helping hand to recover from the devastation. 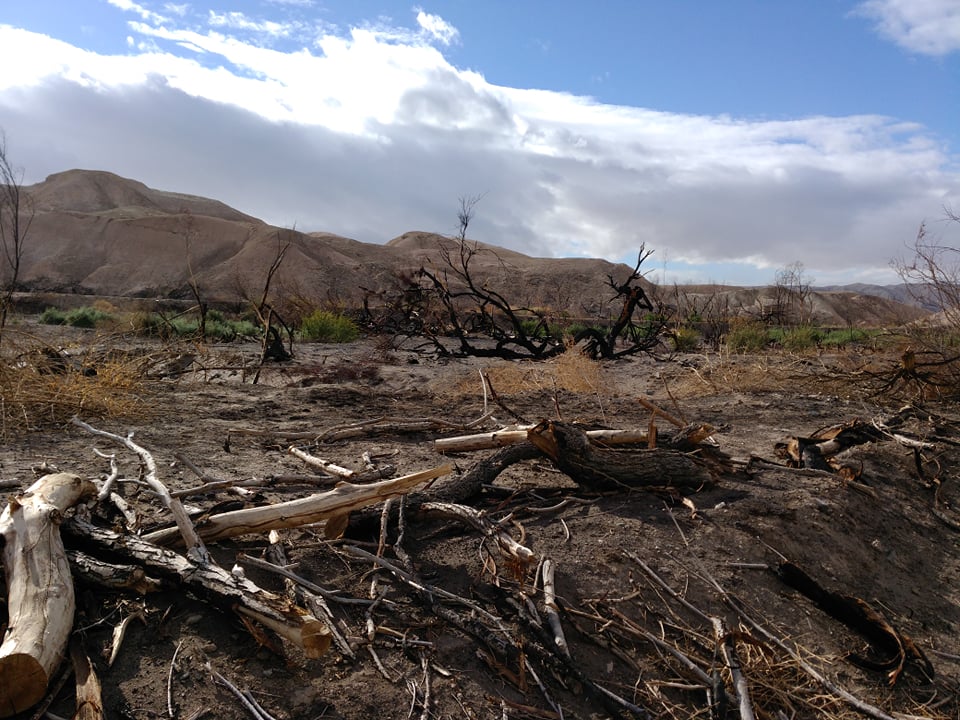