On Feb. 5, the bill HB 115 (better known as The Alaska Sovereignty Act) advanced to the Judiciary Committee. Sportsmen and other Alaskans who care about our outdoors must unite in opposing it.

The fact this legislation is still trundling along is surprising for a few reasons. The first and most compelling is its fundamental illegality, since the state divested itself of interest in those lands at statehood. In effect, we’d be declaring our state constitution 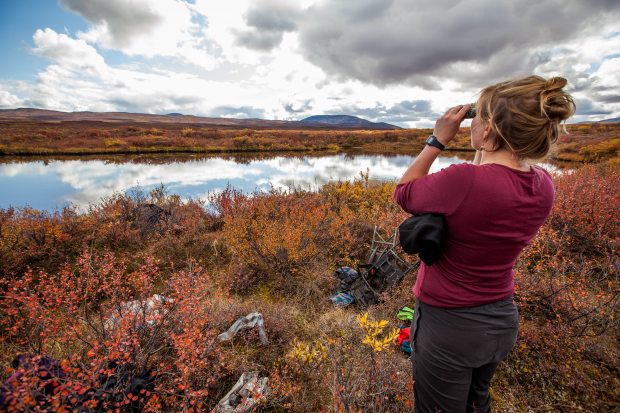 unconstitutional. Even Rep. Mike Chenault, who authored the bill, admits that it has some tremendous legal hurdles -- ones that the attorney general will not take up in a doomed court battle that would only suck up state resources. Is that what we need to spend our PFDs on? A similar bill passed in Utah hasn’t transferred a single acre for the same reasons, and another bill in Arizona was vetoed the second it hit the governor’s desk. What might sound good on paper is a lot harder to execute in the real world.

Furthermore, few of the bill’s sponsors seem to have considered exactly what we’d do with all those millions of acres if the U.S. government transferred them back to us. The state struggles to manage the public lands and operations it already has under its purview. Some would like us to think that those lands would go into immediate development, but that’s a pipe dream. I’ve heard about the still nonexistent gas pipeline for the better part of two decades. That and a pile of other ill-conceived boondoggles have done nothing but consume state finances for little (if any) return.

What those lands will be, however, is sold off. Those places and others you might wander and hunt or camp or fish will most likely go into the hands of a private owner, and you’ll be persona non grata after that. The state might get a short-term cash injection out of the deal, but you might as well say goodbye to your longtime moose camp or your favorite honey hole.

I know this bill is an easy sell. It plays well to our independent natures and the wide undercurrent of anger most Alaskans (and a lot of other Americans) feel toward the federal government. The feds don’t help themselves in these matters, either; heavy-handed bureaucrats, inscrutable rules and a distant administration that seems out of touch with both Alaska and its values are hardly popular. I get it. But I’m not convinced that the state would better manage these lands. In fact, state management might be a lot worse.

Rep. Chenault says we need to pass this bill despite its numerous flaws to send a message to the federal government. Given the current dismal state of our budget shortfall and the state government’s inability to come up with any viable solution, the fact that our Legislature is spending so much time on this ill-conceived pipe dream shows that we’ve got badly misplaced priorities. As the state falls down a financial rabbit hole, our legislators are tilting at windmills. That definitely sends a message, but I’m not sure it’s the right one.

Mike Rogers is an avid outdoorsman and spends much of his free time on public lands. He is a member of the Alaska Chapter of Backcountry Hunters and Anglers.

About Mike Rogers
share on
See other posts related to issues alaska bha alaska issues
Get the latest news and stories, right to your inbox.
Search
Local Chapters