AFI Canada (It Exists and it's not Terrible)

By: AFI All Canada Leader and North American AFI Board member Tirel Gowans 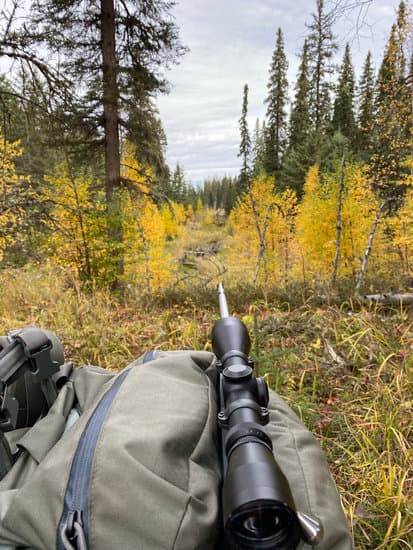 In 2021, I was awarded a special license to hunt on one of Alberta’s military installations, CFB Wainwright. Typically, there are five somewhat chaotic three-day seasons. With the previous year's hunt being cancelled on the base over concerns with Covid-19, the wildlife's mortality rate had not been affected by hunting for two years. To add to the aberration of the 2021 hunt, participants hunting deer were handed three tags, an increase from previous years. Each tag could be used on either sex, either species (White-tailed or Mule Deer). It was panning out to a potentially bountiful endeavour. Hunters were permitted to bring a helper. I registered my father who not only introduced me to hunting but has hunted with me for twenty-two years.

Apart from eagerly anticipating the hunt itself, I was also looking forward to roaming the region once again. This time as a civilian. I served in the Military and spent significant time training at CFB Wainwright. It's been nearly fifteen years since I resigned from the Army but I remember my time at Wainwright well. This hunt was going to be nostalgic.

On the morning of December 13", my father and I headed for Wainwright. After the 215km drive, we entered the base through the ever-familiar security gate. We cruised past the barracks I'd once resided in. Adjacent to the shacks we saw the Tower Lounge, a junior ranks mess hall where on occasion I celebrated the challenges of courses and military exercises with comrades. A few of whom have long passed from conflicts abroad or other tragic circumstances. The cruise past memory lane was good for me. It brought clarity to eroded memories.

We arrived at the hunters check-in station for a briefing at the cusp of the training area at 0600, well before sunrise. There, the hosts detailed the regulations while hunting on the 609 square kilometre area. A mix of rolling hills, thick willow scrub as well as large networks of poplar forests within the Battle River watershed.

Once permitted, a convoy of hunters rolled onto the landscape. Being a 3-day hunt, for those who intended to fill their tags the tendency to be "not so picky", was likely a common phenomenon. On the contrary, Wainwright is also known to produce fine specimens of mature bucks for those patient or lucky enough to stumble into one.

Not far into the training area, my father and I spotted a distant group of whitetail feeding through a clearing against a wall of poplar. We began the hike towards the deer upwind of their location and with sufficient cover between. The crisp sound of breaking snow under our feet made for a difficult stalk. As the cover thinned once we approached the clearing, I could make out about half a dozen deer. The moment I could see them, they had us made. Their unmistakable white tails sprung up and the deer disappeared into the brush. We made our way back to our vehicle, took a minute to scout our

surroundings with satellite imagery and decided to drive a narrow trail through weaving forest leading towards the Battle River. The sun in full stride would put deer into beds. We planned to glass the draws propagating from the river valley.

As we began the bumpy drive, I bravely poured a tea from my thermos into my travel mug. Feeling rather peckish I also unwrapped a sandwich which I had retrieved from the cooler behind the seat. Moments later, I glanced out the passenger side window and to my surprise standing tall, proud, and broadside was a handsome buck. Reaction took over calculated response. I threw the mug to the dash spilling most of the scalding hot tea on my hand and wrist. I choked on the chunk of sandwich that I had only just stuffed into my face and yelled "Buck"! As rodeo as ever I leaped out of the vehicle and grabbed my rifle. The buck of course had peeled off. Still acting on adrenaline, I sprinted down a hill through thick scrub hoping that by some miracle the buck would greet me at the clearing below. Somehow a horseshoe must have crawled up my ass because the hope to find the buck had become reality. Once again tall, proud, and broadside was the buck at roughly 200 yards. I raised my rifle freehand, rested the crosshairs behind the deer's front shoulder and touched off. Immediately after the crack of the shot, I knew the impact was off. It could have been in part due to my scalded hand. The discomfort of the sandwich still descending down my esophagus could have also messed me up. However, there was no doubt I rushed the shot when I shouldn't have. My father and I began tracking the deer. We soon found a fair amount of blood. It was dark in colour and sporadic. As we progressed the blood became sparse. The void left in my neck from the sandwich was now replaced with a feeling of doubt and anxiousness. As we tracked the blood into deep bush, we eventually heard a crash. We failed to interpret the indications and bumped the deer. After discussing the shot, and the condition we thought the deer was in, we agreed the best call was to give it time. Although impaired with uncertainty, I dropped a waypoint on the last location we had tracked the buck and carried on.

We pursued our initial plan and headed towards the river. After covering a fair distance on foot, we found a good vantage point. We picked apart draws and glassed up a Mule Deer doe on a distant ridge. I carefully closed the distance and connected on the deer with an exceptional shot. This was the experience I typically strive for. Where significant legwork and sound planning presents opportunity. Once the Mule Deer was packed out, we returned our attention to recovering the Buck I had shot earlier.

We headed to the waypoint I had dropped. Once we intersected the track where I’d left off earlier, we slowly advanced following the infrequent specs of blood. Finally, a good sign. I found where the buck had laid down briefly. A frozen pool of blood remained. The sight boosted my confidence and for the first time since the shot rang out, I believed I’d locate the deer. Not 50 yards later, there he lay. A wave of relief washed away my uncertainty and a fair portion of guilt as well. I had redeemed myself some and although an error was made, a deliberate response brought about the recovery.

Hunters over time may learn many lessons the hard way. Once you choose to send a projectile towards an animal, you cannot take that decision back. Your actions following a less than ideal impact make the difference between a very relieving recovery and a gut wrenching loss. Be your hardest critic, be methodical and make calculated decisions when dealing death. You owe it.

The hunt ended very well with my final tag being filled at last light on a sit over a heavily trafficked clearing. After a very memorable day, we headed home with a bountiful reward.