Senate leaders have cleared a path forward for passage of the first comprehensive energy bill in almost a decade. But your help is vital in getting it across the finish line! 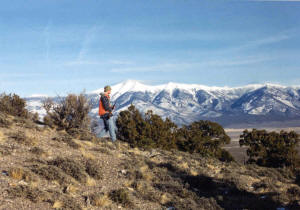 The Energy Policy Modernization Act (S.2012) could receive a vote on the Senate floor as soon as today. In addition to making important advancements in America’s energy future, this legislative package would permanently reauthorize the Land and Water Conservation Fund – and allocate a percentage of LWCF funds to opening access to public lands currently unreachable by the public.

A select number of amendments to the bill also will receive a Senate vote. Unfortunately, one of these amendments (introduced by Sen. James Lankford) would significantly alter the LWCF and limit the ability of states, local officials, federal partners and groups like BHA to enhance public access, create new recreational opportunities and conserve important fish and wildlife habitat. Please contact your senators today and tell them to vote NO on this damaging amendment #3210 that would unravel more than 50 years of bipartisan conservation success.

Other important amendments that your senators must vote YES on are as follow:

Amendment #3234 (Sens. Murkowski and Cantwell): This may be one of the most important conservation opportunities for hunters and anglers that the Senate will vote on during this congress. In addition to designating Cerro del Yuta and Rio San Antonio as wilderness within New Mexico’s Rio Grande del Norte National Monument, it includes the following components of the Bipartisan Sportsmen’s Act that BHA has been committed to for the last three congresses:

Amendment #3286 (Sens. Heller and Heinrich): This popular bipartisan amendment will improve how wind, solar and geothermal energy are developed on public lands by focusing on appropriate siting, avoiding impacts to water resources and fish and wildlife habitat, and prioritizing important natural resources investments.

Contact your senators today and tell them that America’s hunters and anglers are depending on them to advance a thoughtful energy bill that will safeguard our sporting heritage by conserving lands with high wildlife habitat value and healthy fisheries – and securing access for recreational opportunities like hunting and fishing that fuel a $646-billion outdoor recreation economy.