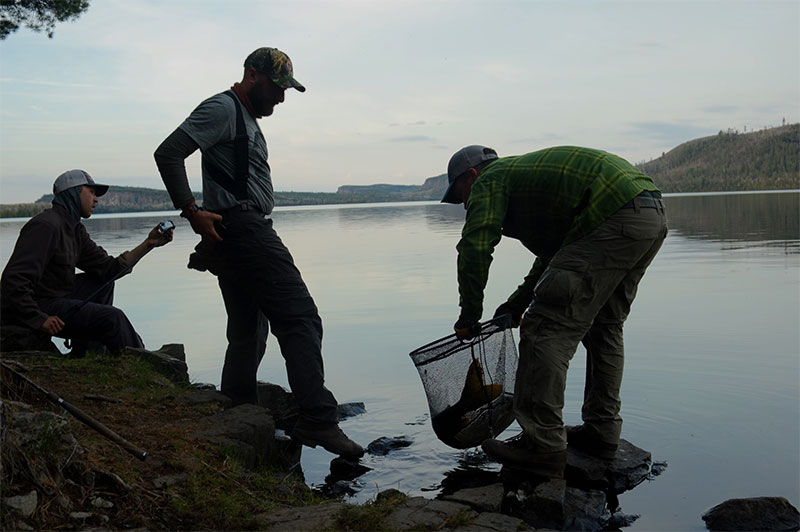 Unfortunately, belief without corresponding action means nothing. This is especially true when it comes to protecting our public lands and wilderness areas.

In our campaign to protect the BWCA from sulfide-ore copper mining, we’ve had many small victories. The temptation we face is to draw back and feel comfortable with our current position. However, nothing could be more dangerous. The reality is that each person and voice is extremely important, and always will be. It is not enough for us to "believe in", or "care about" this issue. We must continue to make our voices heard and our presence known. Some say that vast wild places make them feel small and insignificant. I believe the opposite is true. Those places should remind us that every little decision we make leaves a massive impact on the world and the people around us. After all, it's the culmination of each tiny detail that creates the spectacular.

We experience the access and beauty of many public land and wilderness areas in this country because of the foresight and sacrifice of true conservationists. Will future generations be able to say the same thing of us and our Boundary Waters? Recent attacks from Minnesota politicians can’t go unopposed. Please read the press release below from Sportsmen for the Boundary Waters. We’d love to see you at the rally tomorrow in Otsego or Duluth but if nothing else please place a call to the offices of Nolan and Emmer and speak loudly for a quiet place.

Ely, MN - Yesterday, Representatives Rick Nolan and Tom Emmer brought in anti-public lands politicians Paul Gosar (AZ-04) and Bruce Westerman (AR-04) to push for a sulfide-ore copper mine at the doorstep to Minnesota’s Boundary Waters Wilderness. Reps. Gosar and Westerman are part of an anti public lands caucus that has been a driving force behind efforts to weaken protections for National Parks and privatize public lands.

"Rep. Nolan can't find enough people in Minnesota who support threatening our pristine Boundary Waters with dangerous sulfide-ore copper mining, so he brought in hired guns with an extreme anti-public lands agenda,” said Jason Zabokrtsky, co-chair of Sportsmen for the Boundary Waters. “The efforts of Reps. Nolan and Emmer to end the ongoing environmental review process in favor of the interests of a foreign mining company are an affront to Minnesota values. We urge them to rethink their priorities and join the large majority of Minnesotans who support the responsible environmental review process already underway.”

Twin Metals Minnesota, which is owned by Chilean mining conglomerate Antofagasta, has proposed putting sulfide-ore copper mines directly outside of the Boundary Waters Wilderness. This type of mining is extremely toxic and does not belong near the world-class hunting and fishing areas of the Boundary Waters Wilderness. Antofagasta has a terrible history of environmental violations, disregard for local peoples and cultural heritage, conflicts of interest and highly suspect ethical practices in their home country of Chile.

Nearly 60 percent of Minnesotans oppose sulfide-ore copper mining near the Boundary Waters, and 79 percent, including 70 percent in Rick Nolan’s district, support the ongoing environmental  review he wants to stop. This summer over 74,000 people spoke up to ask the US Forest Service to conduct the environmental review currently underway.

Last month, Secretary of Agriculture Sonny Perdue affirmed his commitment to seeing the environmental review process through to completion.