For those willing to hoof it long distances on foot, Montana’s Crazy Mountains offer solitude, rewarding views and dozens of alpine lakes full of hungry trout. They also provide some of the best mountain goat hunting opportunities in the state. But the checkerboarded land ownership – even in the alpine – as well as illegally blocked public trails in the foothills create a unique set of challenges for anyone lucky enough to draw a tag. Goat hunters don’t often need cadastral maps to check property boundaries, but in the Crazies they do.

The 40-mile long mountain range in Central Montana offers ideal habitat for these high-dwelling critters in the remote and rocky zone above timberline. Rising more than 7,000 feet from the irrigated valleys to the summit of the privately owned, 11,214-foot Crazy Peak, the drastic climb makes this unique landscape perfect for the sought-after goats.

Introduced into the Crazy Mountains in the 1940s, mountain goats adapted well to the area. By 1990, the population was healthy enough to sustain carefully monitored hunting opportunities.

In 2017, the Crazies accounted for more goat harvests and more available tags than any other unit in the state. The robust population provides great value to hunters and contributes critical economic benefits to wildlife management funding as well. In 2019, mountain goat license application fees for the 182 available goat tags in the state generated $348,180 for fish and wildlife conservation in Montana. That works out to a price tag of $1,913 per license holder. In short, mountain goats and their rugged habitat are exceedingly valuable for our state.

To get a better idea of how the goat population is doing in the Crazies, I joined a dozen volunteers for a goat count last month as part of a collaborative effort with the Rocky Mountain Goat Alliance and Montana Fish, Wildlife & Parks. Splitting into five groups, we set off to document the distribution and age/sex ratios of mountain goats. In addition to overnight backpacking gear, we carried notepads and maps, taking care to record the precise location, direction of movement and size of the herds we found.

The path I took was on the west side of the Crazies, running from Cottonwood Creek to Trespass Creek up and over a 9,500 pass and back down to Campfire Lake. This trail climbs 3,500 feet over 7.5 miles and is one of the few non-contested public trails on the west side. The closures of a number of other public trails are currently being challenged in court by a broad coalition of stakeholders, including the Montana chapter of Backcountry Hunters and Anglers. In recent years, the U.S. Forest Service has failed to maintain and enforce the limited public access that remains in this treasured landscape.

These illegally gated lower elevation trails are the only ways to access the prime elk hunting habitat found within the Gallatin National Forest lands in the foothills. In addition, they provide backpacking and mountain biking opportunities, as well as more direct routes to the high country where we spent the weekend. A number of alpine drainages in public ownership are completely blocked to public access.

In the canyon we could access, we found exactly what we were looking for: an abundance of goats. It was easy to pick out the herds of nannies with young kids traversing the steep cliffs with ease. Groups of billies, off on their own in even more remote corners of the drainage, were harder to find but certainly nearby.

Montana FWP biologists will look at the estimated counts from our survey in combination with recent aerial survey and harvest data from this fall to determine the tag allocations for 2020. The overall findings seem to show that the population is in slight decline, according to FWP biologist Dr. Kelly Proffitt, but still doing very well. Proffitt was encouraged by the number of kids we saw, which indicated the highest reproductive rate observed in the unit since 2013.

So, while the goat hunting opportunities will likely remain in the Crazies, the greater concern is the future of our public access. And that is a problem that BHA and our partners are committed to resolving.

Learn more about BHA and our involvement in restoring public access to the Crazy Mountains.

Kevin Farron of Missoula is the chapter coordinator for the Montana Chapter of Backcountry Hunters and Anglers. 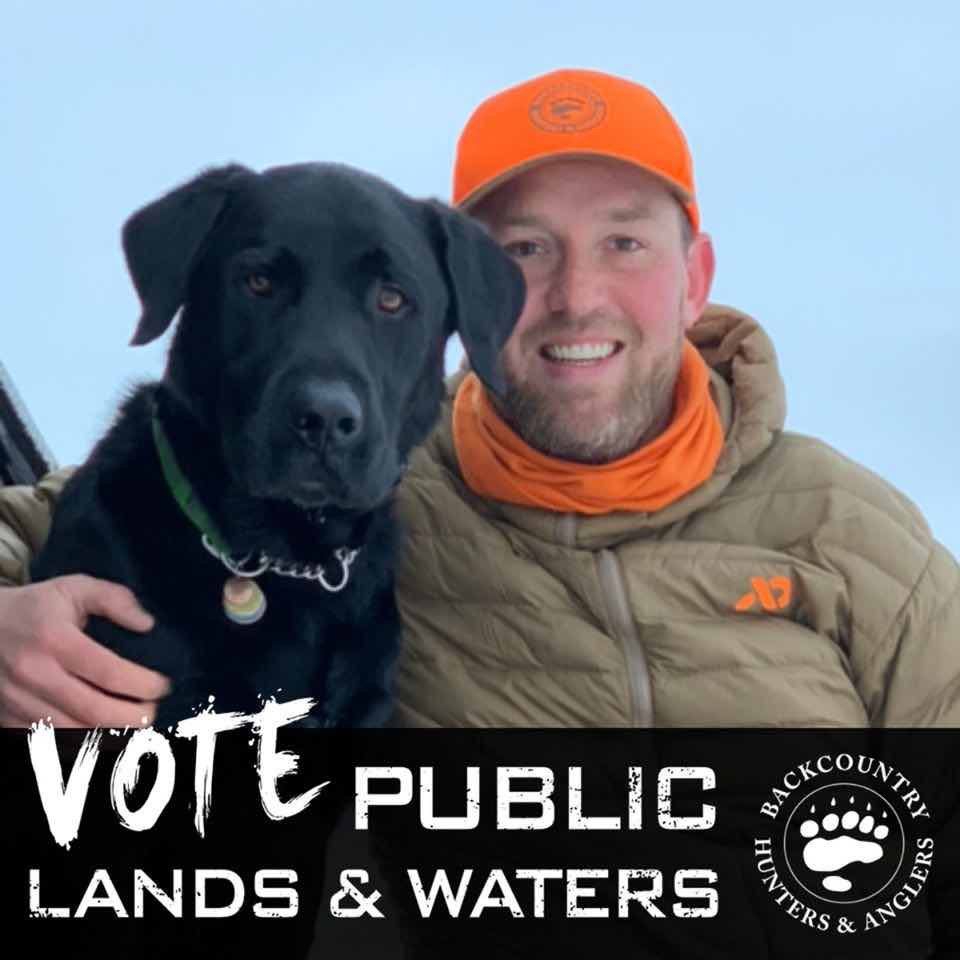