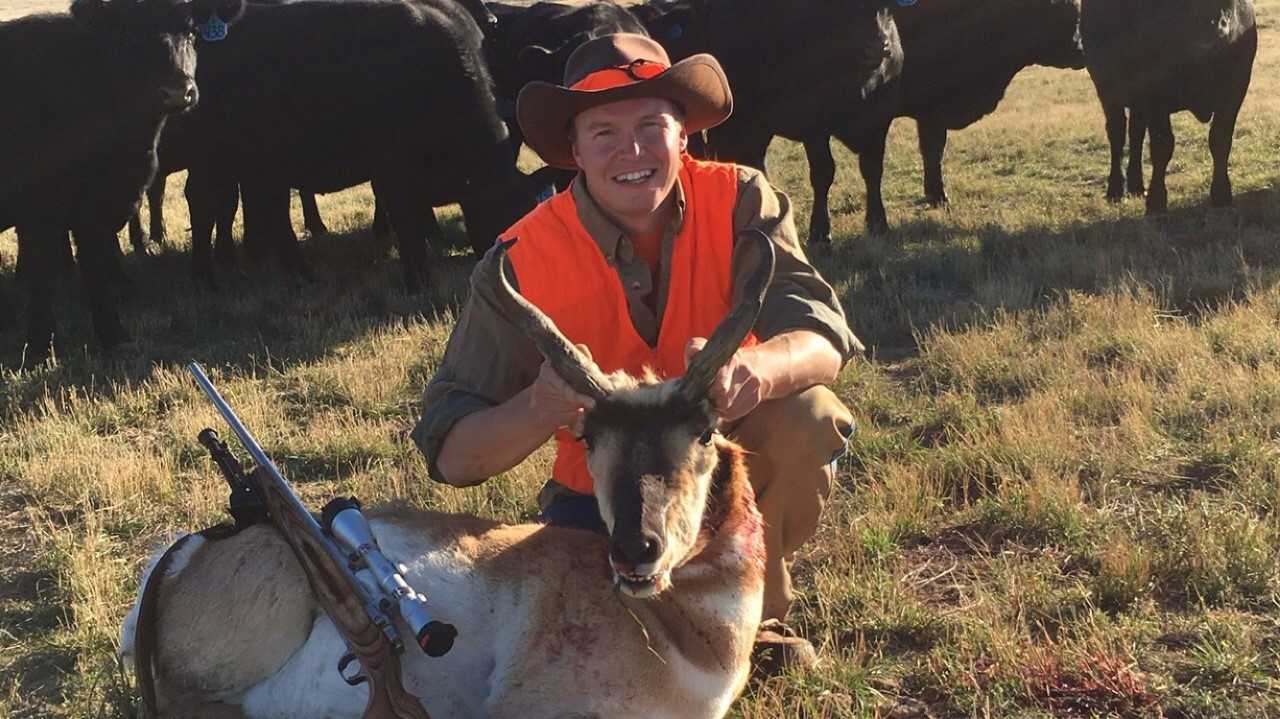 Click... “you’ve gotta be kidding me!?”, Adam whispered from behind his binoculars, trying to contain his laughter. “Shut up!” I recanted, as I chambered the round that I had forgotten before the first trigger pull.

Being raised in Minnesota, and having private land available to my family, we rarely used public land. Public land hunting conjured up images of pulling up your binoculars and being met in your gaze by the barrel of a rifle as someone looked at you through their scope. It spawned stories of sitting in a tree, only to have your sanctuary interrupted by an ATV blaring by or a noisy group crashing through on a deer drive and startling everything in the tri-state area. This stereotype was only strengthened by moving to Iowa, where the land was 98% private, and very few people that I knew used public land for deer hunting.

But then, I came west. Past the southern MN limestone. Past the corn and soybeans of the of America’s heartland, and eventually through Spearfish, South Dakota, breaking the border and into the foothills of the Bighorn Mountains. This was the land that initially had been written off by industry as a wasteland; too barren to grow crops or range cattle, and worthless to loggers and oil tycoons. This area’s only value was only what one could see, smell, taste, and touch. And that is exactly what makes it valuable...priceless even. In these scrublands of Eastern Wyoming, we would attempt to spot-and-stalk pronghorns, and take them with a rifle.

Stalking antelope can be tricky. Having the vision equivalent to a person with 8x binoculars, and being the fastest land animal on the continent, it’s easy to see why the pronghorn have been out-surviving other species since the Pleistocene Era. And like us, many of the antelope we found must have downloaded OnX Maps, because they seemed to know exactly where the line between public and private land was, and stayed on the latter. Pronghorn hunting is unlike any other hunt I’ve been on. You’ll get to see a ton of animals, and if you don’t get discouraged after the first few blown stalks, you’ll have a good chance of tagging out.

We watched this group for 45 minutes before setting up a stalk. The group was roughly 600 yards away when we began. We started our approach with a crouching walk, holding the rifle behind our backs, trying to keep to the low areas. The crouch devolved into a crawl, at which point I was very thankful for my padded knees, but regretted not wearing gloves as the cactus and scrub clawed at my knees and pricked at my hands. As we crawled, I became acutely aware of how lucky I was to be out on these lands and what it meant for them to be “multiple use”. When we were 400 yards from the antelope, a herd of 30 cattle crept up behind us. They stayed about 10 ft. behind us, munching, mooing, and crowding us. Now I am not usually worried about cows, but the fact that I was trying to be sneaky, combined with the fact that I was lying on the ground, and would be soon hoping to fire a loud Ruger 7MM Mag, potentially inciting a stampede, made certain body parts clench more than normal.

The moo cows kept at bay as we closed in. 270…260…250…I tried to lay down on a knob and set up, but the grass towered over me and impeded my vision. I rolled around to a seated position, set my rifle on my lap, and continued in a crabwalk as Adam stayed back at 250. This was partly to cause less movement, but more to act as a barrier to hold our new bovine friends back. Once I got as close as I thought I could without the pronghorns spooking, I stopped to watch them. I only saw one buck in the group, bringing up the rear of the harem, keeping his does in front of him.

As I watched the buck that I had been intending to take, he seemed to be nervous. I thought it was my cattle making him uneasy, but as I inched forward through the prairie and crested my final knob, I saw that there was actually a second buck, bigger than the first, and clearly commanding the attention of the females. As I watched him false charge and rush the younger buck away from his does, I saw that he was missing the prong on his right horn, no doubt from sparring and earning his right to breed. This mature warrior was full of spark, a sign of strength and vigor. Even though he wasn’t what some might have considered “an ideal specimen”, his portrayed his character in such a way that he was the perfect example of tenacity to bring my hunt to a close.

I turned to Adam and mouthed the words “How far?” “2-3-7”, he motioned with his gloved hands. I raised myself to a kneeling position, just above the prairie grass. I settled my crosshairs on the tuft of fur right behind his shoulder, and squeezed the trigger, internally bracing for the explosion. Click. A flood of dread ran through my body. “WHAT WAS WRONG WITH MY GUN?!” That is when Adam’s voice brought me into reality. “Did you seriously forget to put one in the chamber?” To this day, that question echoes in my mind before I send a round down range.

After collecting myself, opening the bolt action and injecting a cartridge, I resettled my scope on my quarry, pulled the trigger, and this time the bullet erupted, finding its mark. Thankful that the shot hadn’t sent the cattle into a trampling fit, we walked up to the buck, happy to see that “ground shrinkage” did not seem to be an issue, a phenomenon that sometimes plagues Midwestern whitetail hunters. As we quickly cleaned and quartered the animal, I was thankful for the meat, thankful for what we later called “cow-mouflage”, and grateful that I had made a good shot. Nowhere else in the world could I have created this memory; of traveling cross country with family and friends, buying a tag over the counter, and going onto wild lands and harvesting my own food. It was after this trip that I truly knew what it mean to be a Public Land Owner.

Aaron is co-chair of the Minnesota Chapter of BHA. He has worked for the DNR and USDA researching wildlife disease, and is pursuing a career in conservation education.