A Marinade Formula for Grilling Your Backstraps 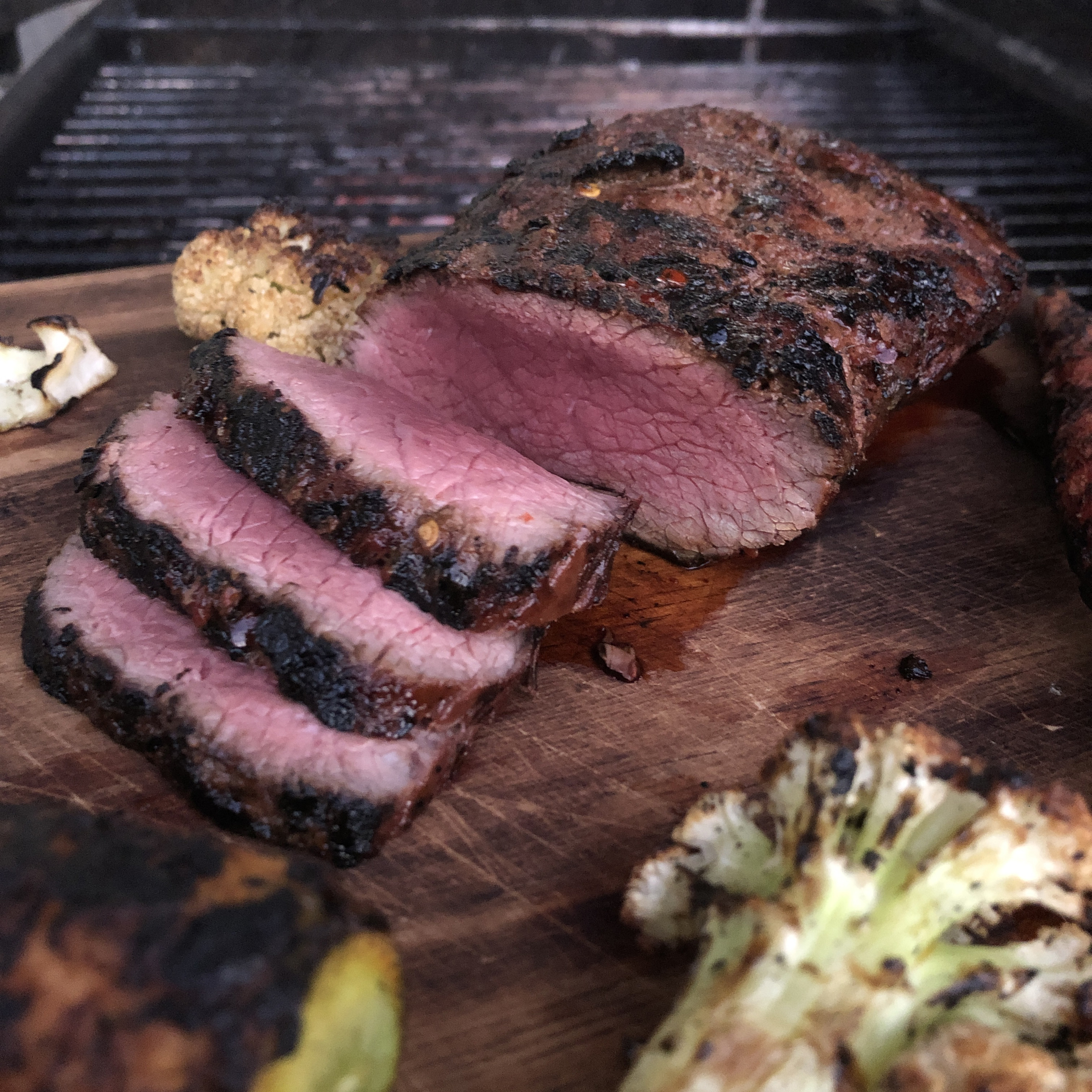 I hate recipes. They’re confining and require that you have every ingredient at hand. Life doesn’t work like that, in my estimation, and neither should cooking. I prefer, instead, a bit more anarchistic approach in the kitchen with general guidelines, concepts and ratios that can be applied at all times utilizing what you’ve got in the pantry.

I love backstraps. They’re easily thawed if frozen, they cook quickly and they are arguably the best grilling cut of many game animals, be it a deer, moose, feral hog, elk or antelope.  Purists will say that they need no marinade. They can stop reading at this point and go practice 80 yard shots with their handmade longbows. I like a marinade for this lean cut for three reasons: it can add fat, it allows the cut to be pre-seasoned and it greatly aids in forming a delicious char on the grill.

The three components of a good backstrap marinade are oil, acid and something sweet. The oil or fat adds needed moisture and increased searing ability to the exterior, the acid brings brightly-flavored balance to a rich cut and the sweetener helps caramelize the exterior and lends another level of flavor. I tend to make the marinade in the simplest ratio of the three: equal parts of each. A backstrap portion of around a pound will need about one tablespoon each of oil, acid and sweetener to adequately season it.

I almost always use olive oil because it’s good, flavorful and healthful.  Other neutrally-flavored oils, like avocado, hemp or grapeseed work, as will flavor-imparting oils like sesame oil. Chinese chile oil is fantastic. Fats like bacon grease, butter, lard and tallow will congeal in the refrigerator and not disperse and coat the meat well, so I stay away from these for marinades.

Citrus juices like lemon, lime, orange or grapefruit work well, as will vinegars like apple cider, white wine or balsamic.  Pickle juice – especially pickled jalapenos or carrots – is another sleeper option and probably something you’ll have in deer camp.  Acids will also have a slight tenderizing effect on the meat.

Honey is great, as is maple syrup, brown sugar or molasses. Don’t forget about esoteric wildcards like pomegranate molasses (my personal favorite, because it lends acid as well), cane syrup, sorghum syrup and fruit conserves like blackberry or plum jam, jellies or marmalades.

Make the most of the marinade

Seasoning the meat beforehand is a slightly contentious topic.  I prefer to season grilling cuts a few hours before cooking.  I’ve never noticed a substantial liquid loss from this (the prime argument against) and I consider the overall seasoning (the entire cut is seasoned throughout) to the exterior only having any salt on it.  I use salt and pepper, or a mix of salt and soy sauce and some freshly ground pepper. 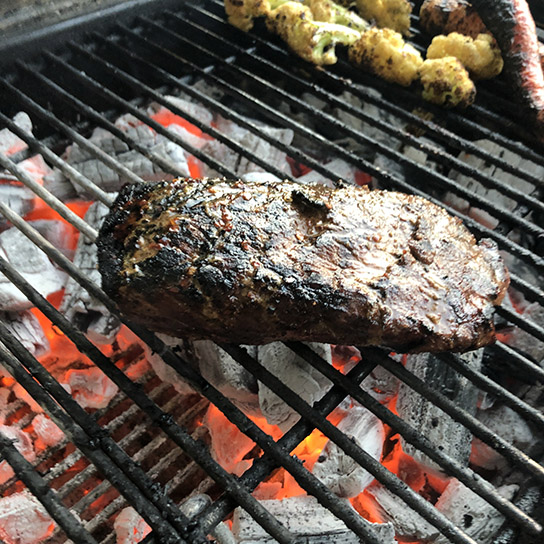 I season the backstrap with salt (and soy) and pepper, then put it in a quart-sized sealable bag, then add the three marinade ingredients.  Massage the bag and disperse the seasonings, though they’ll tend to dissolve and do this on their own.  Marinate for up to a day, but even an hour or two will help.  Now’s when you’ll throw in some optional ingredients like sliced onion, smashed garlic cloves and sprigs of fresh herbs, all of which will be brushed off before cooking.

Get a really hot coal bed going. Sear the hell out of the backstrap, giving it a 90 degree turn to optimize the contact with the grill grates, then flip it. Backstraps are slightly triangular in shape, so they can be seared on three sides. If you can’t hear it cooking, it’s not hot enough.

Cook the meat to your liking (medium at most for the best texture) and rest it in a warm spot for at least 10 minutes. If you need a quick reheat, throw it back on the grill for a few second. Slice against the grain.

Of course, some combinations of the above ingredients will be better or more cohesive, but the end result is a better-seared, more flavorful cut from your animal. Document your experiments, or don’t, if you prefer living in the moment.

Jesse Griffiths is the Chef and Owner of Dai Due Butcher Shop and Supper Club www.daidue.com. He is the author of the acclaimed book "Afield, A Chef's Guide to Preparing & Cooking Wild Game & Fish".