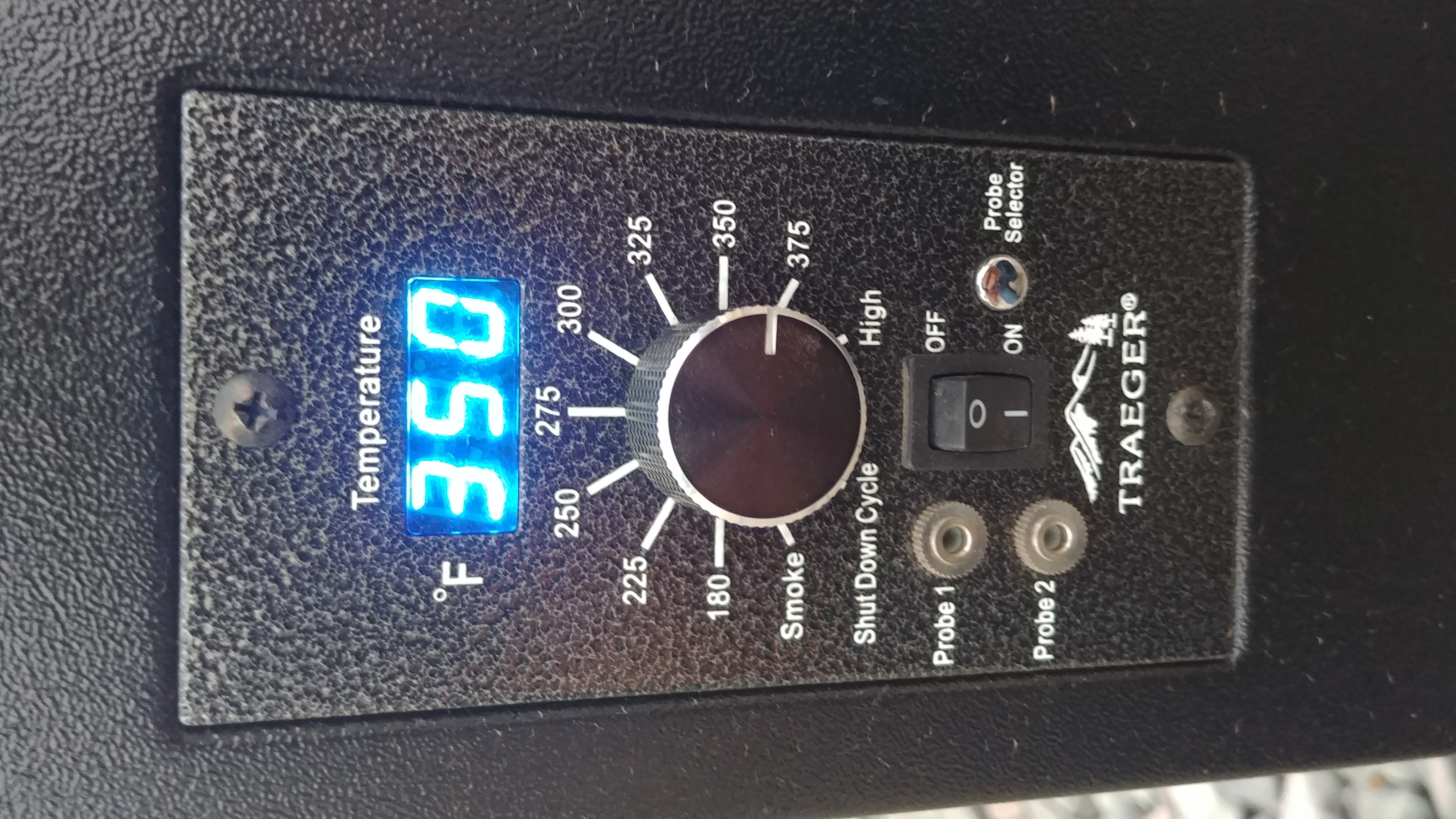 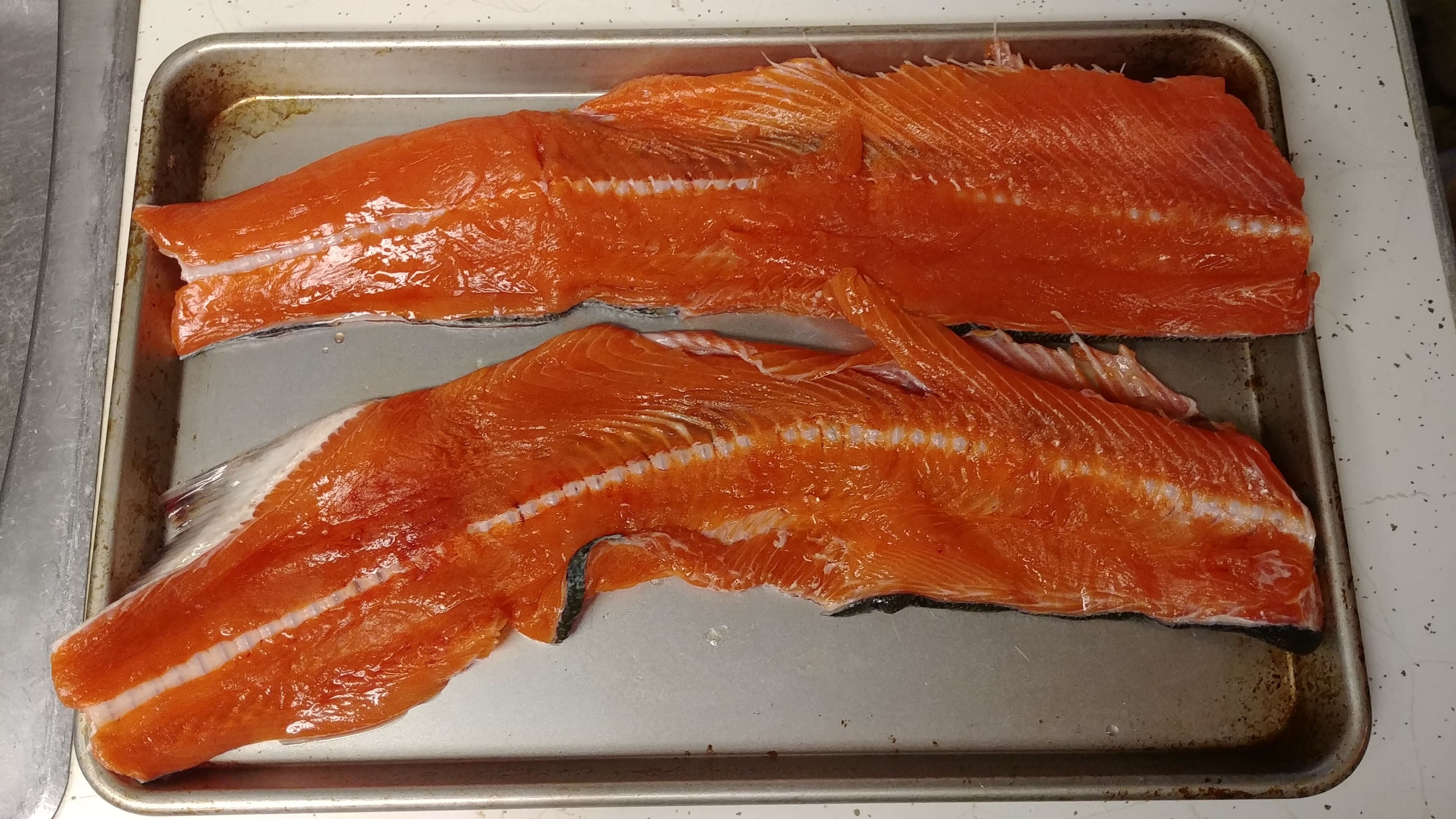 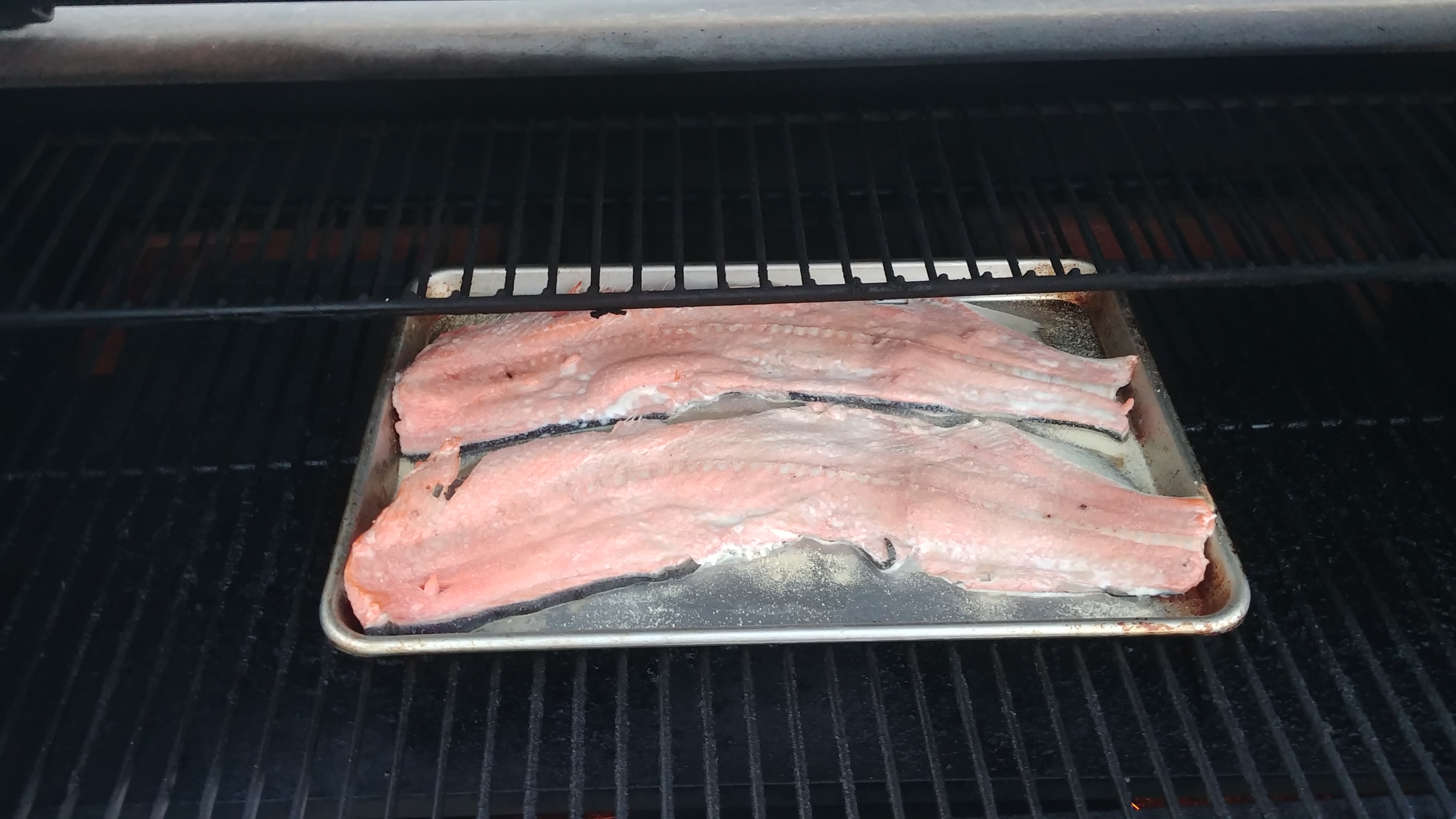 Several years back when fishing at Buoy 10 with an old high school buddy and professional guide Bryan Jones (Take Down Guide Service), we had just finished out our day of fishing.  He was cleaning our fish and I noticed he was saving the salmon carcass…the skeleton minus the head and tail.  I asked if he was going to use the carcass for crab bait and he replied “No, that’s the Guides Cut”.  “What’s that?” I replied.  Bryan then explained that even the best folks on a fillet knife end up leaving a considerable amount of editable meat on the carcass.  Bryan further explained that he keeps that portion of the fish and being that it’s thin, it cooks quickly, and one carcass is usually enough to feed a person dinner.  He went on to explain that most people throw this portion of the fish away which was a waste of good fresh fish.  Since that day I was hooked on saving the “Guides Cut”…once Bryan took what he wanted for dinner. 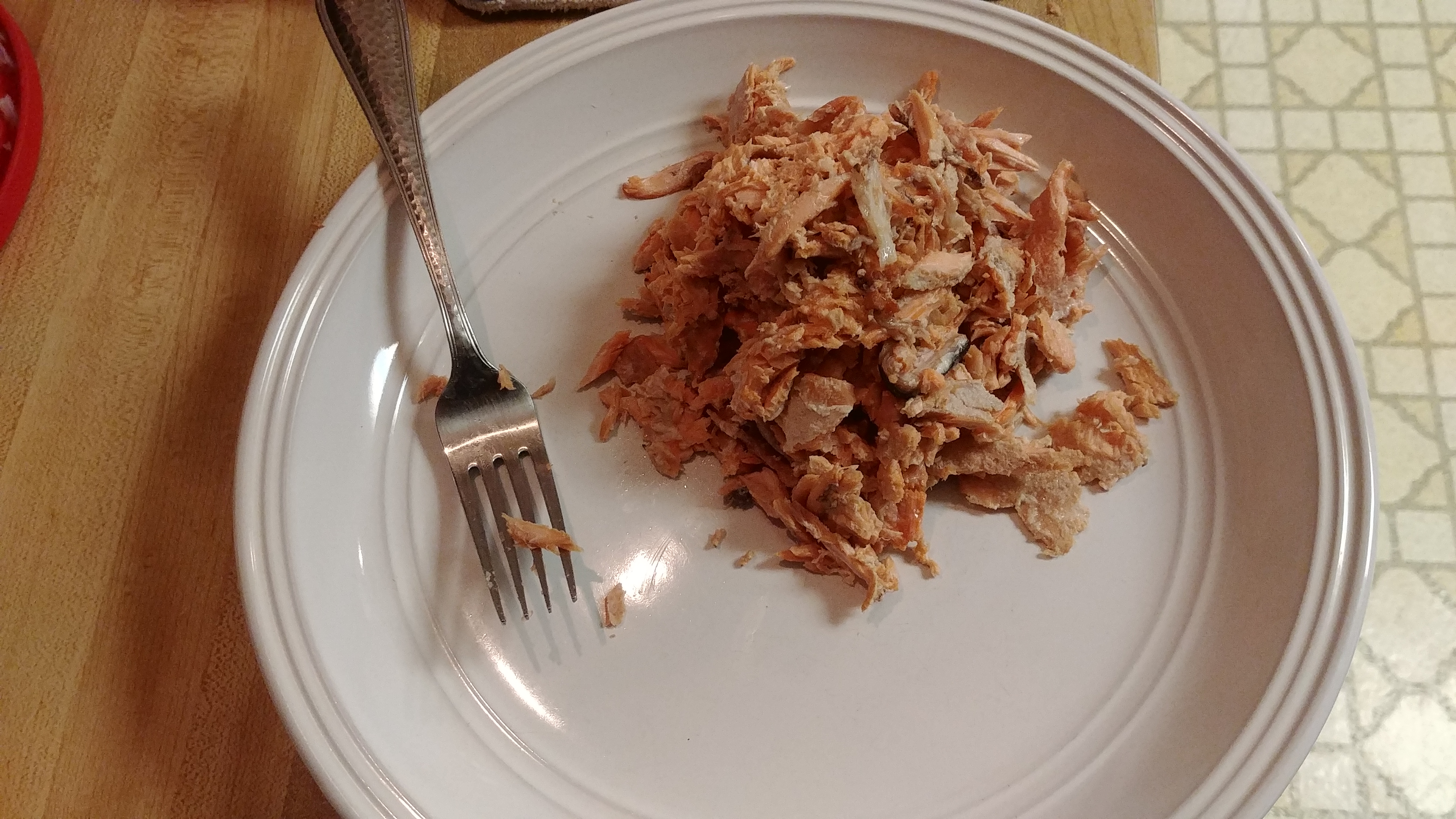 The photos below are of two Coho salmon that we caught this past weekend off the Central Coast of Oregon.  These fish were 5-6lb hatchery Coho with beautiful bright red meat.  I will on occasion freeze the “Guides Cut” if I have too many to eat, but defiantly prefer to eat them fresh before they are frozen.  It’s a very simple process...gut the fish out well, cut off your fillets, and cut the head and tail off.  Put the carcass on a cookie sheet and season to taste with your favorite spices.  Put in in the oven or Traeger at 350* until the meat flakes when pulled.  After the meat is cooked to your specifications, pick the meat off the skeleton, and serve…simple as that.  Don’t let his delicious meat go to waste and enjoy! 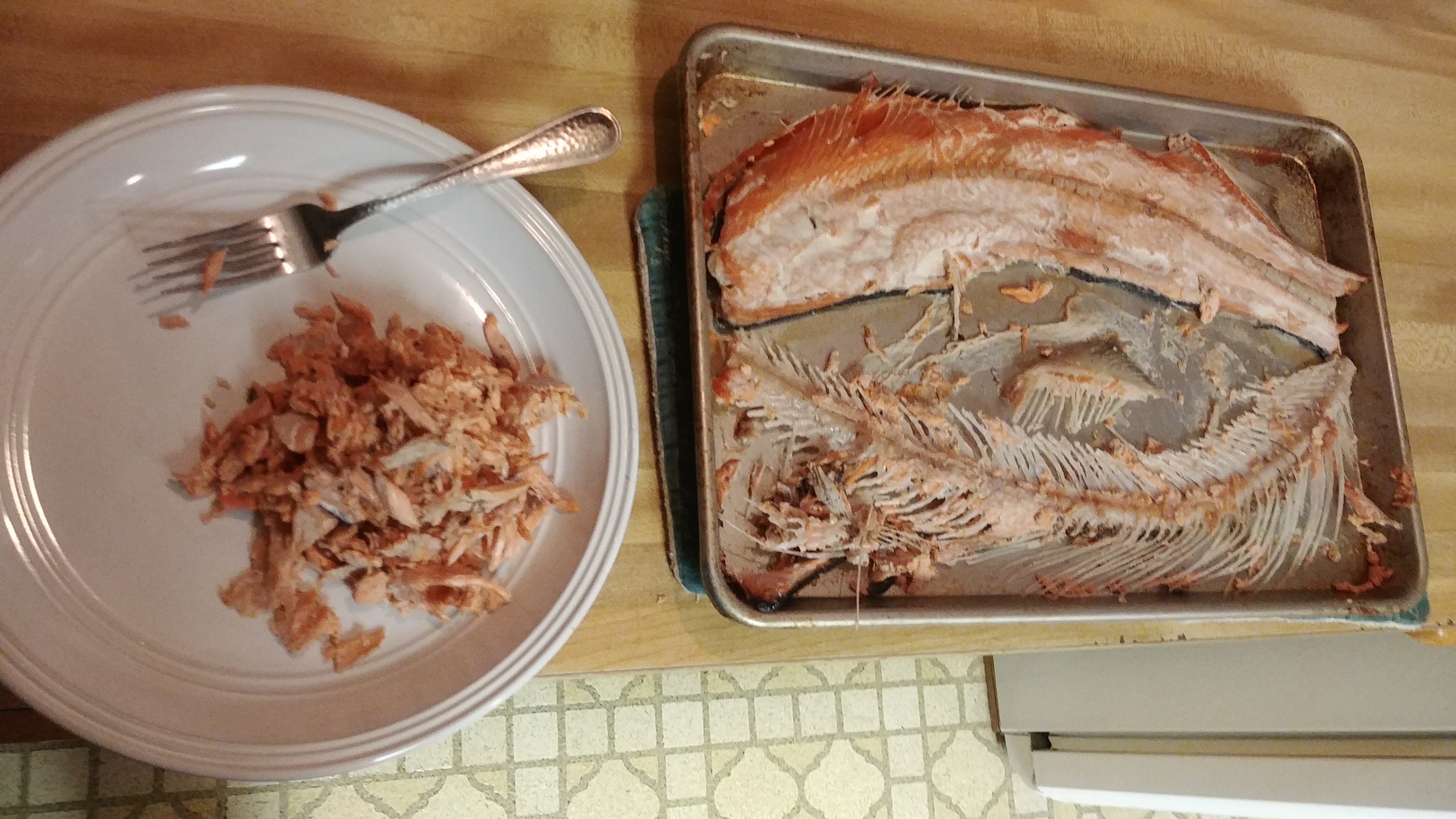 share on
See other pages related to oregon bha Oregon Blog
Get the latest news and stories, right to your inbox.
Search
Local Chapters