A Conversation with Jim Posewitz 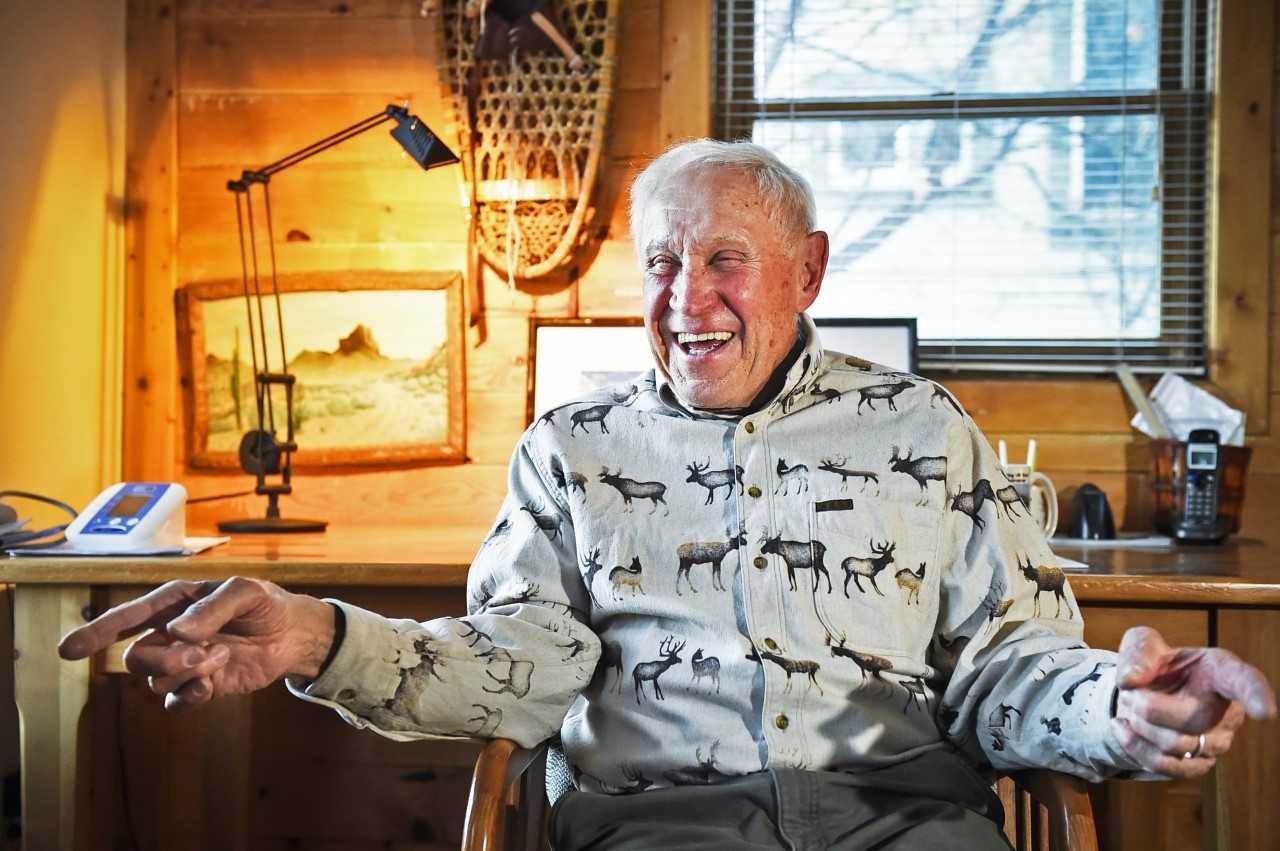 Author, biologist, ethicist, historian and legendary conservationist, Jim Posewitz is the foremost expert on conservation history and fair chase hunting. He founded Orion – The Hunter’s Institute and has penned five books: Beyond Fair Chase, Inherit the Hunt, Rifle in Hand, Taking a Bullet for Conservation and his soon-to-be-released memoir, My Best Shot.

BCJ: Tell us about your background.

Jim: I was born in Sheboygan, Wisconsin, in 1935. I grew up in a place totally depleted of wildlife. The county I lived in had no deer. When I was young, I turned to the Boy Scouts to get close to nature. Growing up, I was interested in the outdoors. There wasn’t a lot of game around, and nobody in my immediate family hunted or fished.

I was recruited to play football for Montana State University. In the 50s, Montana had an overpopulation of deer. I shot my first deer six months after I moved here. After studying wildlife biology in college, I got drafted and spent two years in Germany. When I came back I went to graduate school.

I started with the Montana Fish, Wildlife and Parks in 1961 and stayed until 1993. The 60s and 70s were some of the most environmentally progressive times this nation has ever seen. Both sides of the aisle were working together for wildlife. During that time we accomplished a lot: prohibited trout stream channelization, passed multiple stream preservation acts, passed the Major Facility Siting Act and passed one of the toughest mine land reclamation laws at the time.

Two of our greatest victories were the opposition of an open pit mine in 1969 and the rejection of 40-some coal power plants in 1978. The mine would have dammed the head of the Blackfoot River. The power plants would have required enough cooling water to dry up the Yellowstone River. We defeated the power plants by reserving, for the first time in Montana state history, in-stream water for fish, wildlife and recreation.

What allowed the North American Model of Wildlife Conservation to take hold?

I believe it’s our democratic institutions. It’s hard to treat natural resources casually when you know that generations have fought for them. There are a lot of distractions. We tend to forget how unique this relationship between humans, wildlife and the environment is in North America. You cannot find it anywhere else. The North American Model of Wildlife Conservation and restoration allows everyone to participate, not just the privileged. Wildlife belongs to everyone.

States like Montana led the charge. In 1864, the territorial legislature of Montana voted to restrict fishing to a hook and line because market fishing was destroying the fisheries. In 1872, there were attempts to put closed seasons on big game.

What role should the outdoors media play in conservation?

The entire story has to be told. Recently, I was hunting a national forest. Right before light, a father hunting with his two sons walked up the trail behind me. He came up and said he didn’t want to get in front of me. We were on public land. At that moment, a quote from T.R. came into my head: “We do these things for the generations within the womb of time.” I told them to go ahead of me. There were three generations on that mountain all participating in the pursuit of a restored deer and elk population.

Knowing the story and knowing how the wildlife got there gives you enough context to not behave badly. You won’t take a bad shot. You’ll understand why another hunter is there when you see him. It makes you want to be better.

What inspired you to found Orion – The Hunter’s Institute?

I was in D.C. once in 1988 when Montana’s Yellowstone buffalo policy came up. Montana law, at the time, mandated that every buffalo that came out of Yellowstone be shot. As soon as herds migrated out of the park they would be slaughtered. The policy was giving hunting a bad rap. When I asked around the fish and game department, no one thought it was doing any good. We changed the law so Montana stopped killing buffalo as they came out of the park. In return, Yellowstone started efforts to keep the buffalo in the park.

Montana’s buffalo policy at the time was giving a lot of fuel to anti-hunter sentiment. We organized the governor’s symposium on the North American hunting heritage. We wanted to start teaching the conservation and restoration history of wildlife. After the first conference, we realized that hunters need to lead the conservation conversation or risk becoming irrelevant.

In 1993, I, Phil Tawney and other members of the Teller Wildlife Refuge board started Orion. For 10 years I was the executive director of Orion and built stories around conservation history. We wrote Beyond Fair Chase as a concise guide to hunting ethics.

I spoke as a representative of Orion in 41 states. I always started with that state’s conservation history. People never knew it, but they always wanted to learn it.

How do you think Theodore Roosevelt would view our current political climate in regard to conservation?

Throughout American history, the pendulum swings. T.R. built up a conservation movement and Taft worked to tear it down. The 1970s were great for conservation. Afterward, environmental advocates were billed as extremist.

As each generation passes, pieces get lost. That’s why I started the Montana Outdoor Hall of Fame: to recognize those who made a difference.

How do you approach the concept of fair chase in the face of new technology?

Like I approach every question, historically. Commerce destroyed wildlife, but when the restoration was happening, the industry came on the conservation side with the Pittman-Robertson Act. Hunters and fishers have funded wildlife since we took it out of the trash heap until now. It would be good if all companies associated with hunting and fishing knew that history. A lot of people seem to be in it just to make bucks. I think a reformation needs to occur on the commercial side. They need to see a greater beauty instead of the bottom line in a ledger.

Fair chase depends on developing a personal association with the game you are pursuing. The more you appreciate the animals, the less likely you will engage in something that’s unfair.

How do you feel public lands feature in the American conservation movement?

It was one of the smartest things we’ve ever done. Setting up the national forests was instrumental. A decade later, Roosevelt and Pinchot expanded the system from 40 million acres to 190 million. Then Roosevelt went on to create 51 wildlife refuges. In 1907, a bill was passed that would prevent T.R. from putting any more land into the forest reserves in Washington, Oregon, Idaho, Montana, Wyoming and Colorado. The bill was going to pass and would have overridden a veto.

He had seven days to sign or veto the bill. By the seventh night, he’d set aside 16 million more acres of land, created 21 new national forests. He then signed the bill to prevent him from ever putting any more land aside. That was a gift. We need to teach it to everyone.

Hunter numbers are on the decline. Why is this happening and how can we fix it?

We are eating up wildlife habitat. This leads to less opportunity. There is an access issue as well. Private landowners seem to be more reluctant to allow hunters on their property. There is also the constant threat to monetize public lands. The growth of NGOs, like BHA, helps to balance that out.

You’ve been instructing BHA President and CEO Land Tawney on conservation issues for a long time.

I actually drove his mother to the hospital the day he was born. I’ve known Land his whole life. Our families crossed paths frequently. Land found himself constantly right smack-dab in the middle of conservation issues growing up. His father, Phil, helped start the Cinnabar Foundation and was there at the beginning of the Rocky Mountain Elk Foundation.

How is BHA fitting into the larger picture?

About Sam Lungren
share on
See other posts related to the campfire backcountry journal
Get the latest news and stories, right to your inbox.
Search
Local Chapters