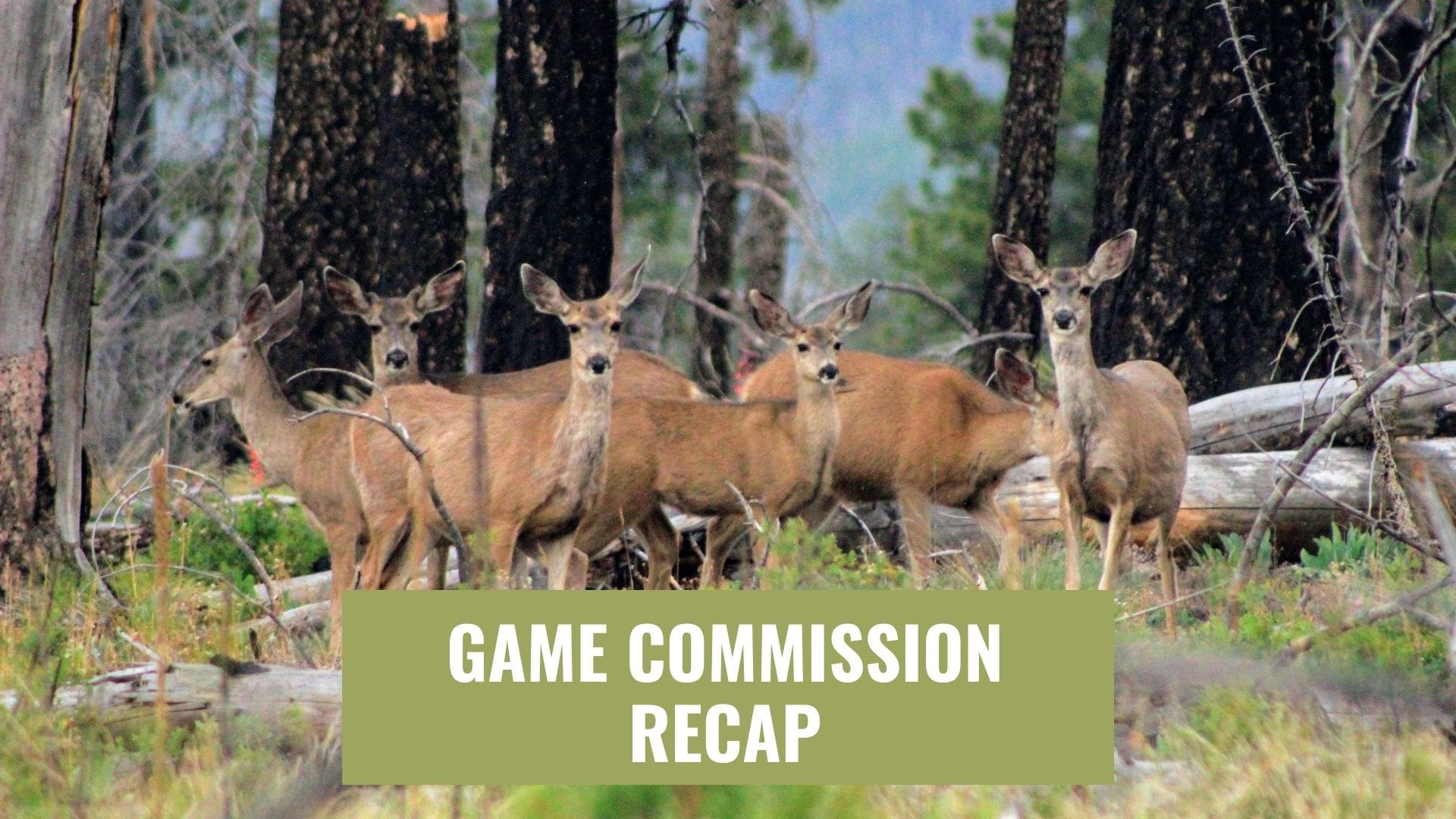 If you hunt in New Mexico and want to see changes in elk, deer and other big game regulations – season dates, bag limits or anything else -- now is the time to tune in.

The State Game Commission met last Friday in Socorro to begin the process of reviewing and revising all big game rules, which happens every four years. On tap right now are proposed changes in javelina, pronghorn and bighorn regulations, but other species will follow soon.

Stewart Liley, the head of the NMDGF Wildlife Management Division, went through the highlights last Friday. As of Monday, however, none of the proposals are posted online. Check the Commission’s website in the coming days as they should be posted soon. In the meantime, check out our roundup below.

In other commission news, Gov. Michelle Lujan Grisham appointed Deanna Archuleta to the seat formerly held by David Soules. It’s an open seat normally reserved for the conservation community, and while Archuleta has worked for the Wilderness Society, she is currently a lobbyist for Exxon Mobil in Washington, D.C. She has a house in Albuquerque but said she plans to continue living in Washington. She has fished when she was young but doesn’t hunt. In a public statement, NM BHA welcomed Archuleta to the commission and said we look forward to working with her, but told the governor we were deeply disappointed that she named someone with minimal background in wildlife management, hunting and fishing to the commission – again. She did the same thing after firing Joanna Prukop, when she appointed the current chairwoman, a Los Alamos attorney with no background.

The commission approved changes in the Open Gate program that expand it to include pronghorn and mule deer and increases the fee schedule to private landowners who agree to allow the public onto their land. NM BHA strongly supported the plan.

It also approved changes in the license revocation regulation, adding a new, 40-point category for the most serious offenses and generally coming down harder on repeat violators of hunting and fishing rules. Commissioner Roberta Salazar Henry led the revision effort, working with law enforcement to craft the new rules. On Friday, she also recommended increasing the license revocation for a man who had filed as a resident in both New Mexico and Texas from two to five years. That revocation, along with the new  rule, were unanimously approved.

And earlier in the week it approved the purchase of numerous pieces of land, including the L Bar Ranch west of Albuquerque. The longterm plan calls for the ranch to be added to the Marquez Wildlife Management Area.

Javelina – DGF says its anecdotal evidence (such as harvest success, sightings during desert bighorn surveys, etc.) is that javelina numbers are rising. Liley said NMDGF wants to raise the cap on statewide licenses and lengthen seasons seasons, including a plan to standardize the archery and rifle seasons. They also want to eliminate the “extended seasons” that allow elk and deer hunters to hunt javelina outside the normal draw and OTC seasons.

Bighorn – NMDGF wants to open a ram season on the new Jemez herd, and to open new hunt windows for the Rio Grande Gorge, Ladrones and Peloncillos to distribute hunters better. They also want to split the Hatchet Mountains hunts in two – one season for the Little Hatchets, one for the Big, because right now most hunting pressure is on the Little Hatchets and they want more hunters in the Big Hatchets.

Pronghorn – Four years ago the commission eliminated the APLUS program and replaced it with unlimited OTC licenses on deeded private land. So far the changes are working well, Liley told the commission. NMDGF surveys showed their 2018 predictions on private land hunts were largely on target in the NE, NW and SW regions, but low in the SE (1,000 predicted, 1,700 licenses sold). Still, that is not a biological concern, he said, because they wanted to take more animals anyway, and ratios for buck-to-doe and doe-to-fawn are all good.

The proposal will also push back some seasons a week or two due to warmer weather in August, which appears to be pushing the calving season later into the spring, Liley said. Biologists had actually asked for these seasons in 2018 but the commission didn’t agree. The final dates for new seasons are still in flux so hunters just have to wait for the draft proposal to be posted.