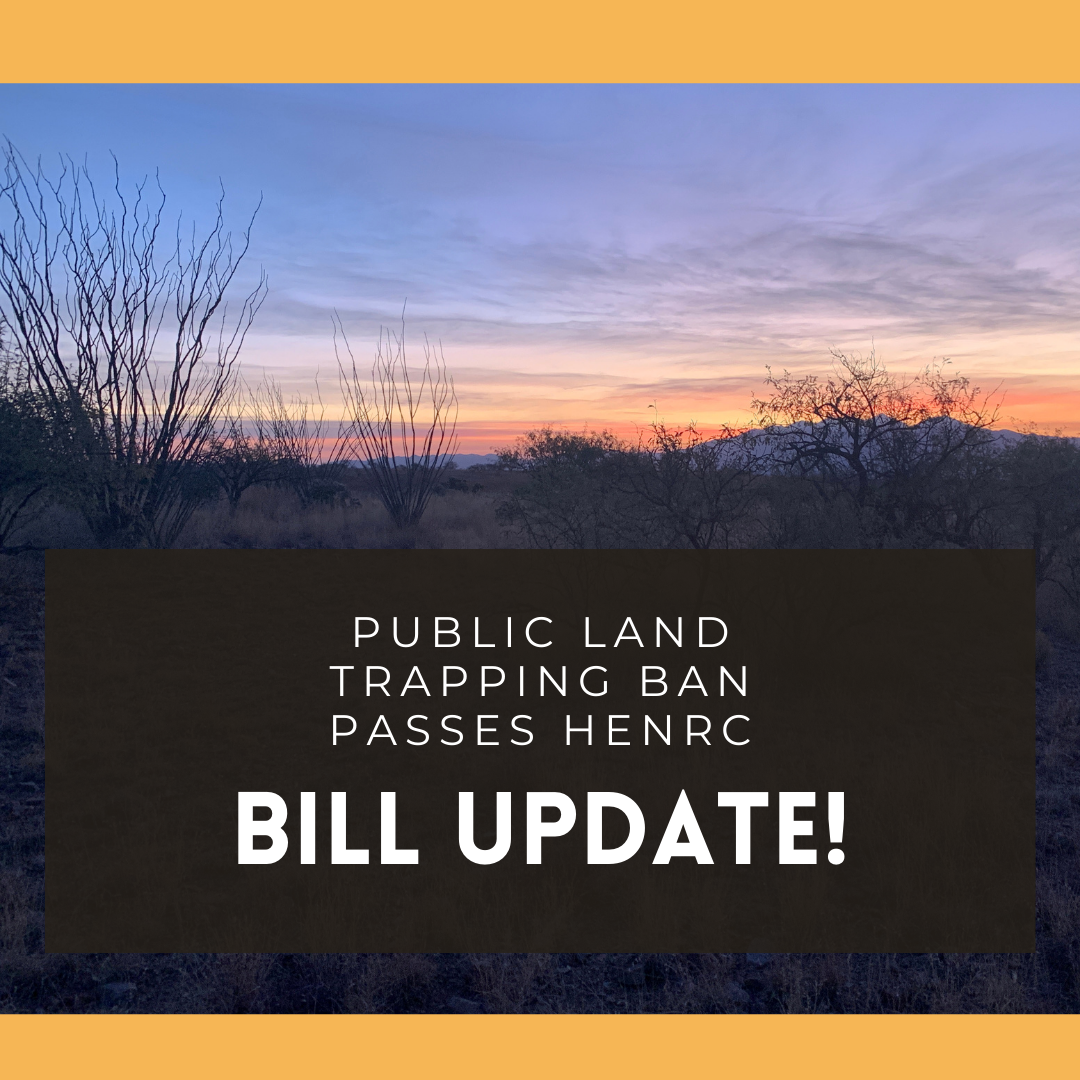 Over the objections of thousands of individuals and organizations, including NMBHA, the proposed statewide ban on public lands trapping took a crucial step toward becoming law Sunday afternoon. After more than three hours of public testimony and committee discussion, the House Environment, Energy and Natural Resources Committee voted to pass Senate Bill 32 in a party-line vote, with all seven Democrats voting yes and the committee’s four Republicans voting no.

SB32 had passed the full Senate last week, then received just one committee assignment in the House. Unless the House leadership sends SB32 to another committee, its next stop is the House floor. That’s not on the schedule yet, but if the House passes the bill before the session ends March 20, it will go to Gov. Michelle Lujan Grisham for her signature. It would take effect April 1, 2022.

NMBHA urged the committee to reject SB32 on the grounds that wildlife management decisions should be left to the State Game Commission and Department of Game and Fish, and should be based on science rather than emotion. A new set of restrictions designed specifically to reduce conflicts between trappers and the public took effect last November. NMBHA asked the committee to give the new regulations time to work before approving a statewide ban on public lands.

Other opponents mentioned potential legal problems, such as a provision in the bill that allows members of more than 500 Native American tribes the right to trap on public lands in New Mexico for ceremonial purposes. Many pointed out that SB32 lacked input from NMDGF, that it would have a negative effect on rural New Mexico’s economy, and that more than 17,000 people had signed a petition in opposition.

On Sunday however, ban supporters outnumbered opponents by almost 2 to 1, according to a poll taken during the zoom call. In addition, ban supporters have been honing their arguments for years and the objections raised by NMBHA and others didn’t seem to faze them. After the vote, committee members Debbie Sarinana and Michelle Stansbury acknowledged the concerns raised by trappers, ranchers and others, but said they approved the bill anyhow based largely on comments from their constituents.

It appears SB32 is headed to the House floor. If trapping supporters don’t take a stand now, this bill WILL become law. Take a moment now to look up your House member and ask them to oppose SB32 (see below to find your legislator). We will continue to track the bill and keep our members up to speed.

About Joel Gay
share on
See other posts related to new mexico news nm issues nm bha
Get the latest news and stories, right to your inbox.
Search
Local Chapters