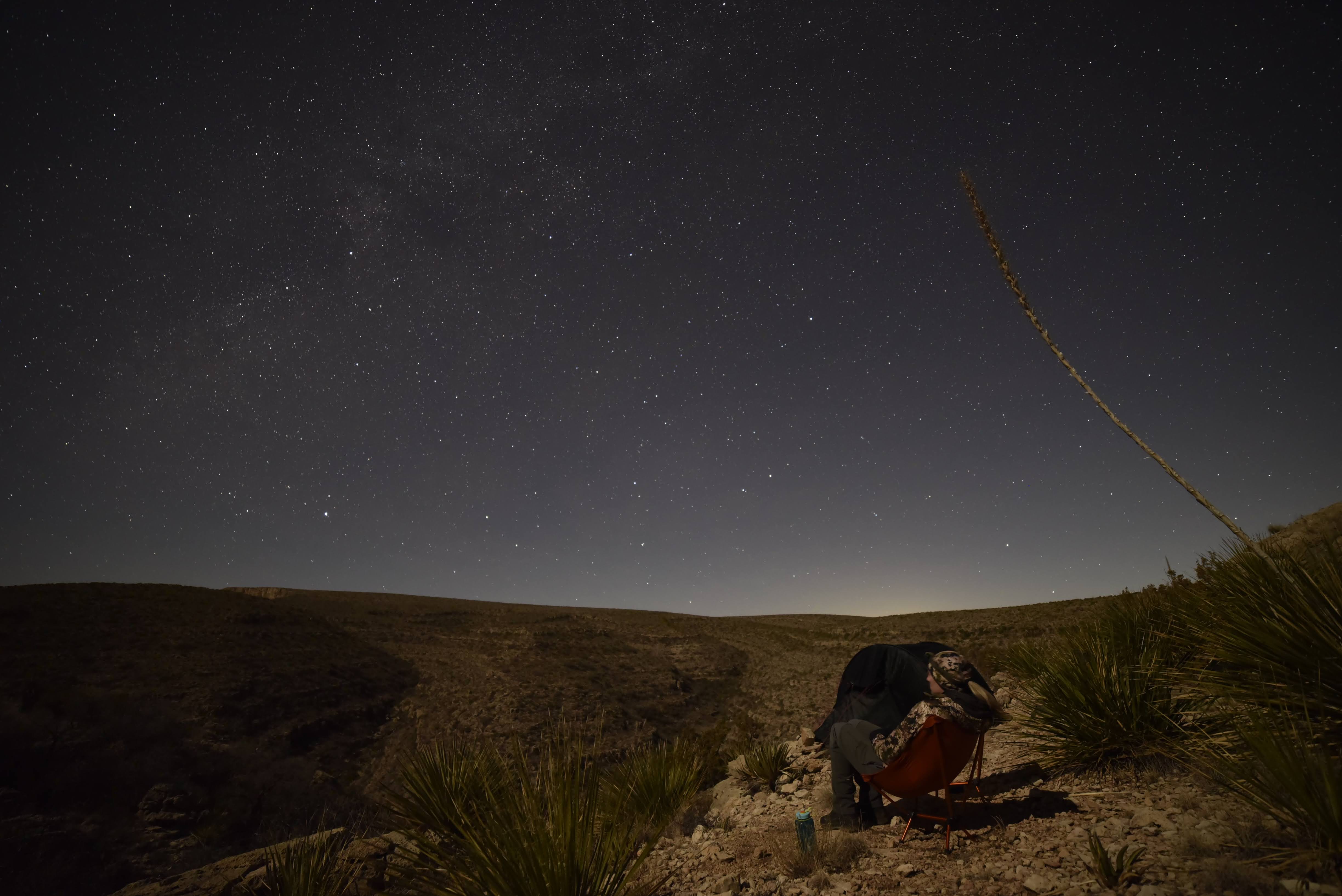 Our chapters are constantly working on protecting our public lands, waters, and wildlife. In 2022, they did more than ever before to make sure the North American Model of Conservation remained intact. From corner crossing in Wyoming to desert bighorn stewardship projects in California to bear hunting advocacy in New Jersey, Backcountry Hunters & Anglers chapters were instrumental in battling for the things we as hunters and anglers hold most dear.

The Inflation Reduction Act (R. 5376) was passed into law through budget reconciliation, a partisan process that avoids the filibuster. This $1.75 trillion legislative package included funding for conservation priorities including habitat restoration, forest management, drought mitigation as well as significant investments in our public land management agencies. The following provisions were supported by BHA:

The Modernizing Access to our Public (MAP)Land Act (R. 3113/S. 904) was passed into law with support from BHA and our partners at the Theodore Roosevelt Conservation Partnership. The MAPLand Act will provide resources to public land management agencies to standardize, compile and release digital map records to the public, tens of thousands of which are currently on paper in agency offices. The publicly available information would include the open or closed status of roads and trails on public lands, vehicle-use regulations and boundary details. This information will improve the ability of hunters and anglers to discover new opportunities on our public lands and waters. The MAPLand Act received a vote of 414-9 in the House and passed unanimously in the Senate.

The Chronic Wasting Disease Research and Management Act (R. 5608/S. 4111) was passed into law after BHA and a coalition of hunting groups secured its inclusion in the Omnibus for the 2023 Fiscal Year. The bill will fund coordinated management between the USDA and state wildlife agencies and departments of agriculture, authorizing $70 million through Fiscal Year 2028. Funding will also be made available for CWD research and the development of educational programs to inform the public. More than 10,000 BHA members and supporters sent messages of support to their members of Congress, ensuring the necessary support to secure this victory.

The Recovering America’s Wildlife Act (R. 2773/S. 2372) received a markup in both the House Natural Resources Committee and Senate Environment and Public Works Committee, where it advanced with a vote of 29-15 and 15-5, respectively. In a landmark moment this summer the House of Representatives then voted to pass this legislation for the first time ever through a standalone vote on the floor. The Recovering America’s Wildlife Act would secure $1.3 billion in annual dedicated funding for state fish and wildlife agencies and an additional $97.5 million for tribal fish and wildlife managers for the management of at-risk species. BHA worked with the Alliance for America’s Fish and Wildlife to create significant bipartisan support for this important legislation, and our members sent over 7,700 messages of support to their members of Congress.

This legislation was modeled after the successful North American Wetlands Conservation Act (NAWCA), which has been responsible for the conservation of more than 30 million acres of wetlands to date. The grant program would support projects include conservation easements, restoring native grasses, controlling invasive species, managing with prescribed fire, as well as education and conservation stewardship assistance.

The comprehensive strategy would identify key areas with the highest risk of conversion, those with the highest conservation potential, ecologically significant grasslands and populations of grassland bird species of greatest conservation need. Along with identifying specific goals for increasing and enhancing grasslands the strategy would also develop baseline inventories of wildlife and goals for increasing populations and resilience of grassland species.

BHA supported the movement of legislation that would permanently conserve 3.3 million acres of public lands and more than 1,300 miles of waterways. We helped organize relevant committee hearings and votes and advocated for the advancement of more than a dozen pieces of legislation, including the following:

BHA President and CEO Land Tawney was appointed in September to serve on the White House Hunting and Wildlife Conservation Council, which provides recommendations to the federal government, through the departments of Interior and Agriculture, that benefit wildlife resources; encourage partnership among members of the public, conservation groups and federal, state, tribal and territorial governments; and support fair chase recreational hunting and shooting sports.

President Biden used the Antiquities Act to designate his first national monument in October of this year, the Camp Hale – Continental Divide National Monument in central Colorado. The 53,804-acre monument supported by BHA will be managed by the Forest Service and includes important fish and wildlife habitat such as important mule deer and elk migration corridors as well as headwaters fisheries. Legislation known as the Colorado Outdoor Recreation and Economy (CORE) Act has long sought to conserve this landscape with the support of local communities and stakeholders including hunters and anglers. It has passed the House of Representatives five times, but has so far failed to advance from the Senate Energy and Natural Resources Committee.

The designation of this national monument follows tenets supported by BHA that it be locally driven, transparent, incorporates the science-based management of habitat and upholds existing hunting and fishing opportunities. In partnership with other sporting groups and outdoor businesses, in 2016 BHA produced a report highlighting opportunities for conservation through national monuments and the necessity that they adhere to these tenets.

Alongside the designation of the Camp Hale-Continental Divide National Monument, the departments of Agriculture and the Interior announced the proposal of a 20-year mineral withdrawal for more than 200,000 acres of western Colorado’s Thompson Divide region. The following environmental analysis and public comment period and environmental analysis will include a two-year moratorium on new leasing in the region. BHA also supports this withdrawal which would conserve 34,000 acres of elk migration corridors and 1,550 miles of wild streams and would be permanently protected by the CORE Act.

In June, the Forest Service announced a long-awaited environmental assessment (EA) which showed that copper-nickel mining in the Rainy River watershed poses a major risk to the Boundary Waters Canoe Area Wilderness. The EA proposed a 20-year withdrawal of mineral leasing in the 225,000-acre region of the Superior National Forest which would protect the Boundary Waters from the proposed Twin Metals mine.

BHA and our partners including Sportsmen for the Boundary Waters applauded this enormous step to long-term protections for the unparalleled hunting, fishing and recreation opportunities of the Boundary Waters, the most visited wilderness area in the United States. The effort to implement this withdrawal has spanned multiple administrations, however only Congress can permanently protect the region.

Early this year in January, the Department of Interior announced they would be cancelling two federal hardrock mineral leases located adjacent to the Boundary Waters, citing the importance of this move to sustaining the Boundary Waters’ recreational, economic and fish and wildlife values. This was a critical move to ensure these improperly renewed leases do not threaten the Rainy River watershed.

In December the Environmental Protection Agency (EPA) announced their Recommended Determination for permanent protections for Bristol Bay in Alaska under section 404(c) of the Clean Water Act. This would be accomplished by restricting the use of the watershed as a disposal site for mine waste. More than 2,000 BHA members signed our comments urging the EPA to finalize permanent protections.

The proposed Pebble Mine would threaten the watershed by removing miles of streams in addition to storing more than 10 billion tons of mining waste in upstream from the fishery. For decades hunters, anglers, tribes and commercial fishing companies have sought to conserve this irreplaceable fishery which supports the largest run of sockeye salmon in the world, alongside every other Pacific salmon species and 30 other fish species.

In January, BHA applauded the Biden administration’s decision to reinstate previous protections for more than 7 million acres in the National Petroleum Reserve-Alaska. The Reserve, located on Alaska’s North Slope, is the largest unit of public land in the United States with a total of more than 23 million acres. Returning to the previous management plan will allow for extractive development in over half of the Reserve while restoring protections for key areas such as Teshekpuk Lake.

We encourage the administration to coordinate with Congress to permanently protect Special Areas, including the Teshekpuk Lake Special Area, from development. This incredible landscape is home to a wide diversity of wildlife, including the Western Arctic and Teshekpuk Lake caribou herds, grizzly bears and wolves. The Teshekpuk Lake Special Area in provides critical summer nesting habitat for tens of thousands of geese, ducks, swans and other waterfowl. It has been labeled the most important goose molting area in the Arctic – not just Alaska's Arctic, but in the entire world.