The Montana Chapter of Backcountry Hunters and Anglers (MT BHA) is made up entirely of member-volunteers. Last year was packed full of issues threatening our core values as Montana backcountry hunters and anglers, and we could not have accomplished all we did without you! Not only did we experience a lot of growth, but more importantly we had some major conservation successes. Please review the following report for a summary of our activities.

In February, the Montana Chapter collaborated with other hunting-conservation groups to promote an educational campaign about the BLM’s Hi-Line Draft Resource Management Plan. Of the pristine lands (having wilderness characteristics) their draft plan would protect less than one-half of one percent of the 2.4 million acres of BLM land. Oil, gas and other future development would affect both wildlife habitat and future hunting.

We submitted a letter to the Beaverhead-Deerlodge National Forest urging that their winter motorized use plan protects all big game species winter habitat including that of mountain goats, moose, elk and deer.
We submitted a letter urging the Secretary of Interior to cancel oil and gas leasing in the Badger-Two Medicine portion of the Lewis and Clark National Forest.

We kept a close eye on our state’s representatives and we regularly voiced our support for their efforts securing the future of the Land and Water Conservation Fund. This past September, then board member Hannah Ryan participated in a fly-in to our Washington D.C. to meet with Montana representatives about the future of LWCF. These meetings were constructive and likely played a part in the program being given another three years of funding.

We fought the proposed Wilks-BLM land swap of the Durfee Hills. This area is unique and home to one of the state’s largest elk herds and we did not want to see it swapped for lesser quality habitat. We partnered with Central Montana Outdoors and promoted a petition titled “Save our Durfee Hills Public Lands”. We received 3,248 signatures from Montanans who wanted to keep the Durfee Hills in public ownership. To further bring the issue into the public eye, MT BHA Conservation Coordinator, Greg Munther flew into (flying in is the only legal way to access) the Durfee Hills in October with a journalist and videographer to document a youth’s first elk hunt. Not only did the youth successfully harvest a cow elk, but the hunting trip highlighted the opportunities that would be lost if the BLM lands were to be swapped. The video is set to be released this summer and it will further drive home what Montanan’s stand to lose if we engage in unequal land swaps with private parties.

In May, the State of the Elk Address was co-hosted by Hellgate Hunters and Anglers and Montana Chapter of Backcountry Hunters and Angers. FWP biologists spoke about elk numbers in their regions and various conservation challenges that impact elk numbers.

Bozeman resident Joe Gutkowski was selected as the recipient of Backcountry Hunters & Anglers' prestigious Aldo Leopold Award in 2015. This award was presented to Joe on April 9 during a ceremony at the 406 Brewing Company in Bozeman. The Aldo Leopold Award is bestowed annually to an individual who demonstrates exceptional work and dedication to conservation and backcountry values, especially the conservation of wildlife habitat.

Boots on the Ground

On February 16, hundreds of Montana BHA members as well as other public lands supporters descended on our state’s capitol rotunda for an impressive rally. More than 500 of us let legislators know we strongly oppose efforts to transfer federal lands to the states. Many took advantage of free round-trip bus rides from six major towns around the state, and for more than an hour, we filtered into the rotunda, filling the floor, halls and balconies above.
Last April, over a dozen BHA’ers from around the state met with FWP biologist Ray Vinkey to help him pull broken, down and unneeded fence from three Wildlife Management Areas.
In early June, a few BHA members floated the backcountry section of the Marias River WMA to celebrate our success in keeping this place roadless when MT BHA successfully helped prevent a road into the heart of the WMA. The Great Falls Tribune outdoors writer Erin Madison accompanied us and wrote about the wild and secluded Marias River.

MT BHA held a booth at Teller Refuge in the Bitterroot used a balloon and dart game to educate over 350 children and their parents about values of roadless areas and how few roadless areas remain in Montana.
Social media (Facebook) has allowed us to engage members on a daily basis, keeping them up-to-date on conservation issues that affect our state. The Montana BHA Facebook page continues to grow and we have over 1,300 members in that private group.

MT BHA began a partnership with Montanans for Healthy Rivers in 2015 and co-hosted events in Whitefish (March 11) and in Missoula (Sept 18). These events helped to educate Montanans on Wild and Scenic River designations and also allowed us to reach new audiences.

In January, the Montana Chapter co-hosted a booth with National BHA staffers at the 2015 Fly Fishing Film Tour and signed up new members.

We also collaborated with National to host a story telling night called “Shootin’ the Bull” in Missoula’s Kettlehouse with regional members.

Montana Chapter members gathered at the Aspen Grove Campground outside of Lincoln in June for our annual campout.
During the annual campout we kicked off our first annual “Backcountry Olympics” that pitted the Old Folk vs. the Young Guns. The Old Folk took home the Golden Antler for showing remarkable prowess in fire starting, backing up a trailer, speedily stringing a fly rod, and archery accuracy among other outdoors skills.

In July, the Montana Chapter held a booth at the annual Traditional Bowhunters shoot and signed up new members.
In August, the MT Chapter co-hosted with National BHA staffers the 2nd annual Sip N’ Slide event which was attended by more than 250 people, and resulted in many new members signing up.

In October, we hosted a Community UNite at the Kettlehouse Brewing Company as a way to attract new members. We brought in professional wildlife photographer, Tony Bynum, to give a presentation on capturing memories (with a camera) in the backcountry. Tony presented a slideshow with photos of hunts from all over the world. The event was well received: we signed up 20 new members, helped sell 195 pints ($.50 of each going to MT BHA), and sold over $300 in raffle tickets.

Public lands and the backcountry is all of our land and thank you for fighting to keep it that way! 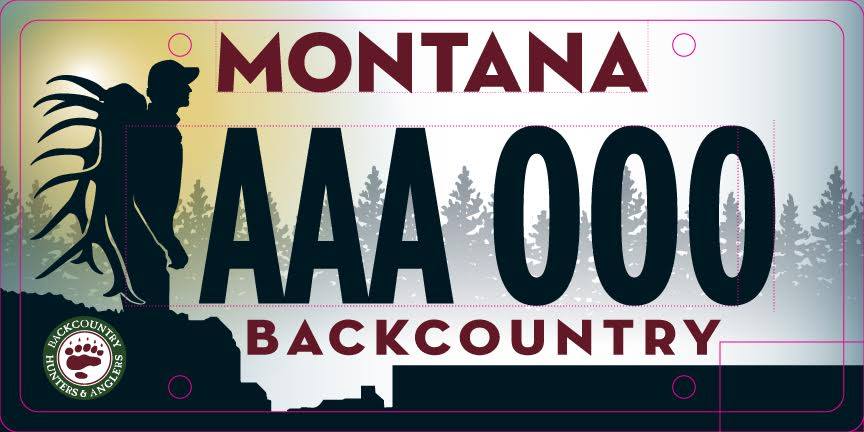 share on
See other posts related to featured the campfire Montana BHA
Get the latest news and stories, right to your inbox.
Search
Local Chapters