Every waterfowler dreams of following the waterfowl flyway and chasing the winter migration with his or her trusty shotgun and faithful retriever.

Ducks and geese follow ancient pathways from their breeding grounds to wintering areas. Each fall, millions of waterfowl migrate south to warmer regions in search of food and habitat.

We don't know for certain how ducks and geese navigate during migration, but scientists believe the birds take cues from the position of the sun and moon, as well as geographic landmarks like rivers and mountains.

The Central Flyway is massive, covering more than one million square miles across North America's interior. From Canada's boreal forest, across the Great Plains and Prairie Potholes down to the Texas Gulf Coast and beyond, this flyway is home to a large percentage of North America's ducks and geese.

Join us as we travel 2000 Miles following the migration from north central North Dakota down to the Texas Gulf Coast region, utilizing public lands and DIY tactics in pursuit of waterfowl.

Sign up below to receive information on showings in your area or online! 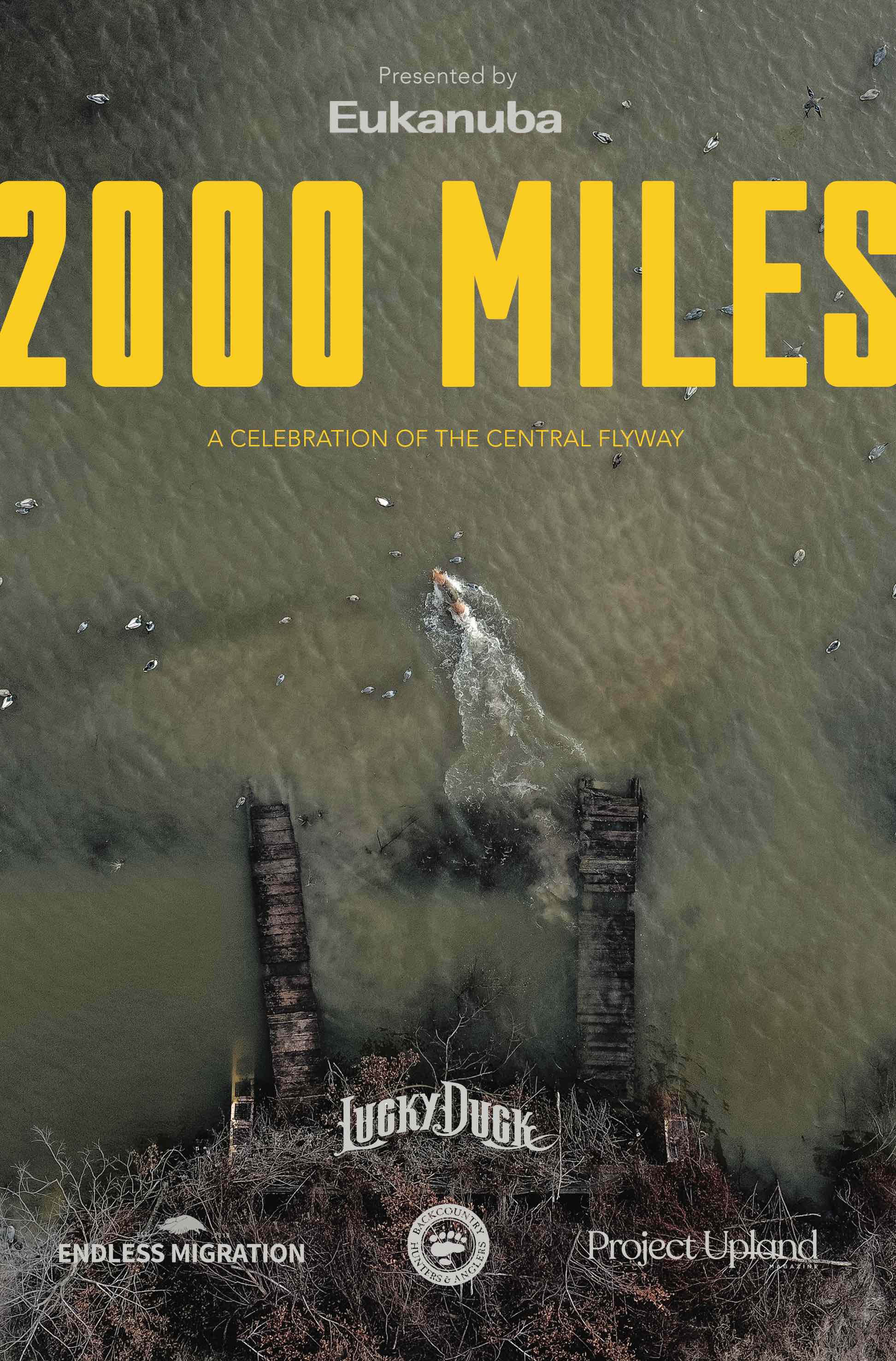 This hourlong feature film will be tied together by the traveling of Jake Terry, as he loads his pack of retrievers, camera, shotgun, and a couple cases of ammo into his truck to meet up with friends and family along the central flyway. Directed by Wilbur Sensing, the award-winning filmmaker of #PUBLICGROUSE and produced by Northwoods Collective, the creative agency behind Project Upland and Endless Migration, the film promises to be an unrivaled cinematic experience.

On the heels of the success of the #PUBLICGROUSE film tour powered by Project Upland and Backcountry Hunters & Anglers in February of 2020, Endless Migration and BHA have teamed up, once again, for an epic follow-up tour in Spring 2021.

2000 Miles film and tour is presented by Eukanuba Sporting Dog in association with Lucky Duck Premium Decoys and Kennels and is proudly supported by Migra Ammunition. Attendees will have the chance to win door prizes from our partners at Fishpond USA. Please take a moment to visit and support the sponsors that made this project possible!

Tyler Haman
the campfire blog
share on
Get the latest news and stories, right to your inbox.
Search
Local Chapters